As attention in the United States turns toward baseball’s two best teams facing off in the World Series this week, we at GWC are wrapping up a world-class competition of our own: the game of competitive camera trapping. The winning strategy? Seek-the-poo, an on-the-offensive tactic that our Central America and Tropical Andes coordinator, Dr. Chris Jordan, deftly executed in his recent camera trapping challenge against our Chief Conservation Officer and veteran conservationist, Dr. Russ Mittermeier, in Costa Rica’s Los Quetzales National Park. 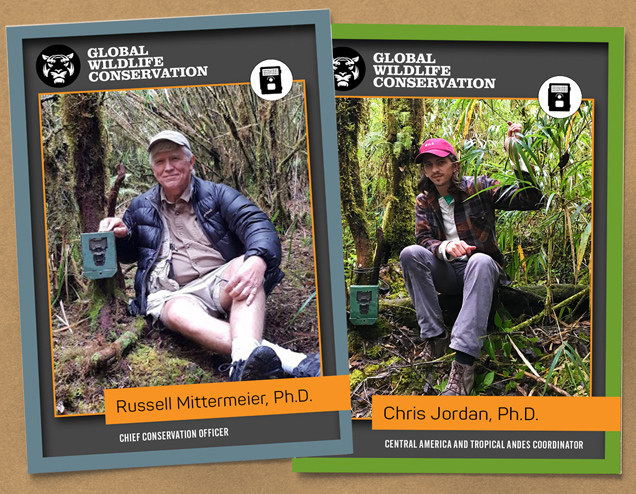 The competition pit the two all-star conservationists against one another to see who could get camera trap photos of the most wildlife species—and the rarest—with a single camera. Los Quetzales National Park is part of the Talamanca region, one of our new priority wildlands, and one of the five largest forests in Mesoamerica, home to a diversity of wildlife, including animals found nowhere else on the planet. 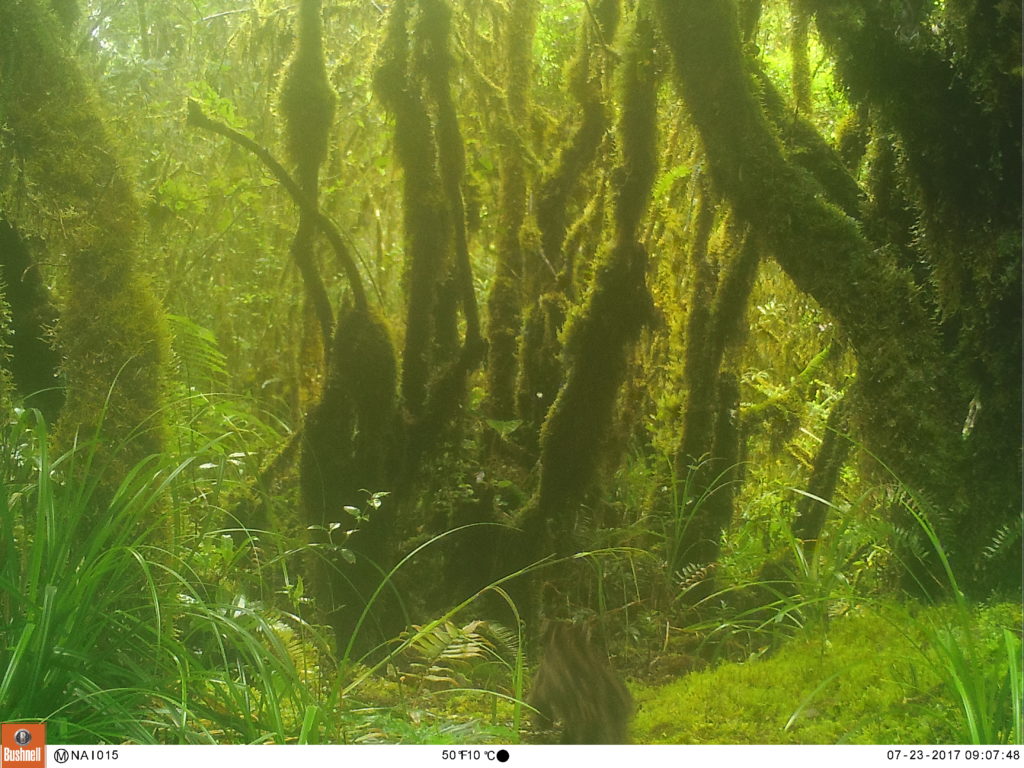 One of the animals caught on camera is a small wild cat, likely either a Margay or Northern Tiger Cat.

“I knew that Russ would have a comprehensive game plan given that he has spent the last 51 years in the field as one of the world’s top wildlife conservationists, and really just seems to win, well, everything [see 2018 Indianapolis Prize, see 13th annual Behler Turtle Conservation Award],” Jordan says. “So I knew I needed to make a big move early on in the game if I was to have any hope. So while Russ, a primatologist, was busy looking in the trees for monkeys, I was scouring the ground for poop of the largest terrestrial mammal in Central America: the Baird’s Tapir. Once I found a pile of the stuff, I set up my camera trap on the nearest tree.” 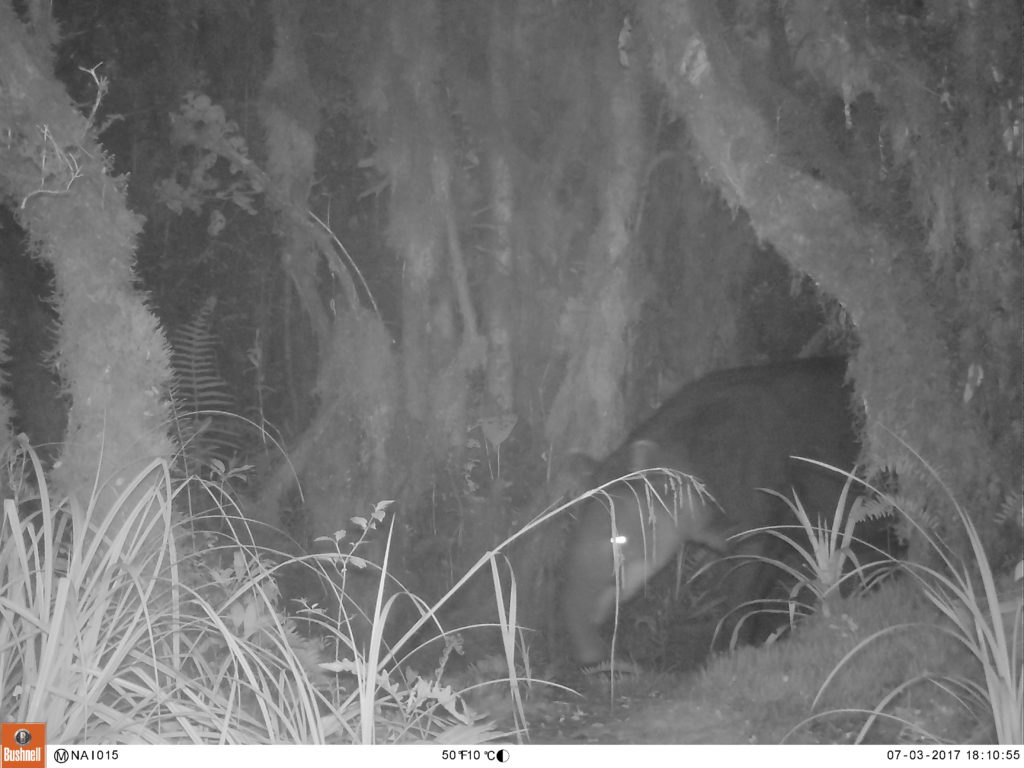 The challenge was tied at the end of the first month and the competition was forced into overtime (both had snapped photos of the Endangered Baird’s Tapir and common wildlife for the area: Black Guan, Central American Brocket Deer, Red-tailed Squirrel and Dice’s Cottontail, which lives nowhere else in the world). Then in a last-minute play, Mittermeier’s camera got a photo of an unidentified small wild cat (what appears to be either a Margay or Northern Tiger Cat), winning him the game. 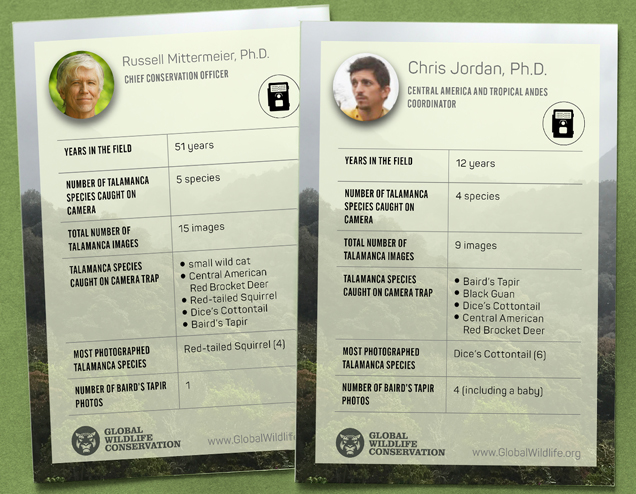 “It was a nail-biter up until the end of processing all of the images,” says Esteban Brenes-Mora, director of science and conservation for the Costa Rica Wildlife Foundation, a GWC associate conservationist and, most importantly, a self-proclaimed impartial referee. “Mittermeier just played a better game and got more species.”

Not all was lost for Jordan, however. According to Brenes-Mora, Jordan was awarded MVP for his four photos of the globally endangered Baird’s Tapirs, including a calf, compared to Mittermeier’s single photo of a Baird’s Tapir, one of our priority species for conservation.

The Talamanca region, which includes several protected areas and crosses the border between Costa Rica and Panama, is among the largest remaining core areas left in the world for Baird’s Tapir. This expansive area of primary forest includes two UNESCO World Heritage Sites and is an important stronghold for indigenous communities. It also contains two Key Biodiversity Areas–the Cordillera de Talamanca Norte and the Talamanca Highlands. KBAs are areas that are critical to the overall health of the planet. We are working with local and international partners on a large initiative to protect all five of Mesoamerica’s biggest forests, which includes the Talamanca region. 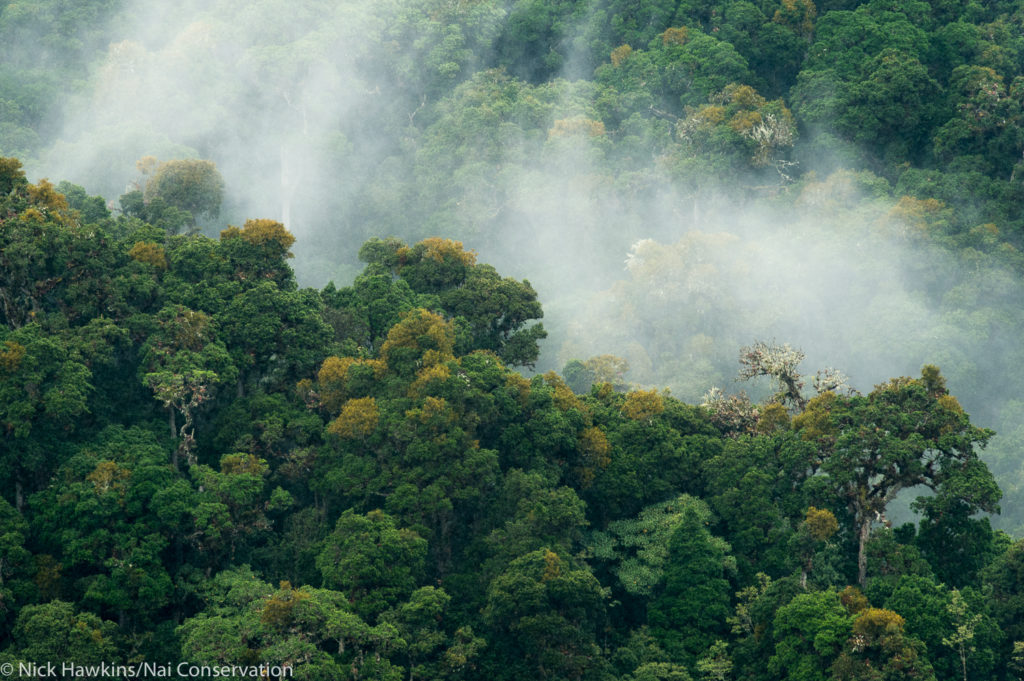 “The forests of the Talamanca region are magically diverse and a core area for both the natural and cultural heritage that makes Mesoamerica such a special region,” Jordan says. “It’s a truly amazing place with hundreds of thousands of hectares of unbroken forest, species found nowhere else in the world, a thriving population of the globally endangered Baird’s Tapir, and local and indigenous communities proud of this beautiful region they call home.”

The camera trap competition was part of a larger survey by the Costa Rica Wildlife Foundation that started in the region 2013 for their tapir conservation project: Nai Conservation. The survey initially aimed to monitor the frequency that cars were hitting tapirs, but turned into a broader biodiversity survey that also now includes efforts to protect wildlife. 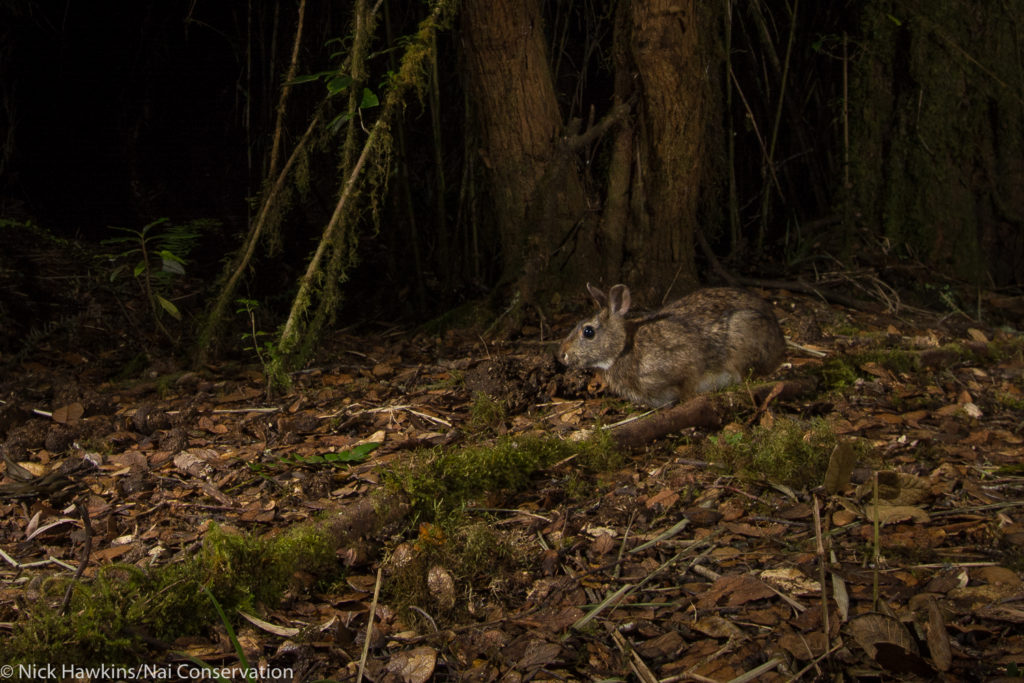 Dice’s Cottontail is found nowhere else in the world. (Photo by Nick Hawkins/Nai Conservation)

Vehicles are just one threat to wildlife in the area—though it is largely intact, the Talamanca region is still susceptible to forest fires, hunting, illegal logging, the illegal occupation of land and climate change. These threats, in addition to the possible development of hydroeclectric dams on the Panamanian side, has put the range on the verge of making the World Heritage list of sites in danger.

To counter these threats, we are collaborating with several local and international NGOs and the Costa Rican government to bolster the security of the Talamanca region to further prevent crimes against wildlife, strengthen the conservation of indigenous territories, protect endangered species such as Baird’s Tapirs, and help build a financial and governance model that will help ensure this region remains conserved for decades to come. 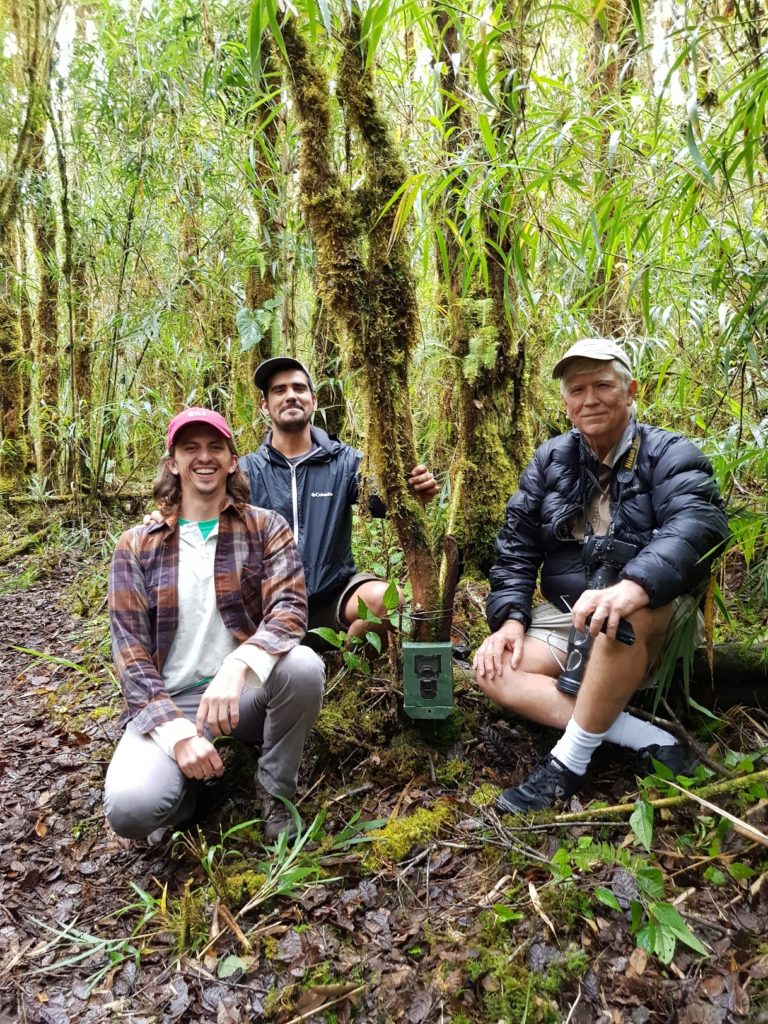 As these efforts unfold, Mittermeier will be enjoying his winner’s prize: a case of Maldita Vida beer and Tapir Chocolate, and all the respect that comes with being a champion camera trapper. As for MVP Jordan? He’s gearing up for round two on GWC’s next visit.

Check back for updates on our work in the Talamancas!