By Global Wildlife Conservation on February 28, 2018

Big cats are some of the world’s most iconic and revered wildlife species, and the focus of this year’s World Wildlife Day on March 3. However, these species, from Jaguars in Latin America to tigers in far eastern Russia, face numerous threats, including habitat loss and degradation, poaching, disease, and declining prey population numbers. Many of the problems, though not unique to big cats, stem from a lack of effective conservation as a result of poor management and enforcement.

The Spatial Monitoring and Reporting Tool (SMART) was developed by the SMART Partnership*, a group of conservation organizations whose mission is to conserve biodiversity, reduce the impacts of illegal extraction and trade of natural resources, strengthen law enforcement related to biodiversity conservation, and enhance overall management of conservation areas. SMART is now the global leading tool for wildlife law enforcement and protected area monitoring–it has been implemented in more than 600 sites in 55 countries, with a national governmental mandate for adoption in 12 countries as well.

SMART has become an integral tool in efforts to conserve big cats throughout their ranges. In sites across Asia, Africa, and Latin America, SMART has become invaluable in detecting and monitoring threats and providing the information necessary to rapidly adapt to changes on the ground. In addition to driving protection at the site level, SMART is enabling improved collaboration and data sharing between organizations across landscapes, breaking down silos in the conservation community.

As the primary threat for tigers in many of their key sites is poaching, through either direct hunting or prey depletion, law enforcement is a critical factor in aiding the recovery of tiger numbers. Through SMART Partnership organizations and their collaborating partners, SMART is now being implemented in 100+ tiger sites across Asia, and has become the most effective tool for monitoring law enforcement work at the site level, which is the key to tiger protection.

“SMART has been invaluable in strengthening law enforcement and tiger protection efforts in our tiger sites,” said Yoan Dinata, tiger conservation project manager for ZSL Indonesia. “[SMART] has helped us to make the most out of law enforcement resources in areas where they are limited, allowing park management to effectively direct them where they are needed the most.” 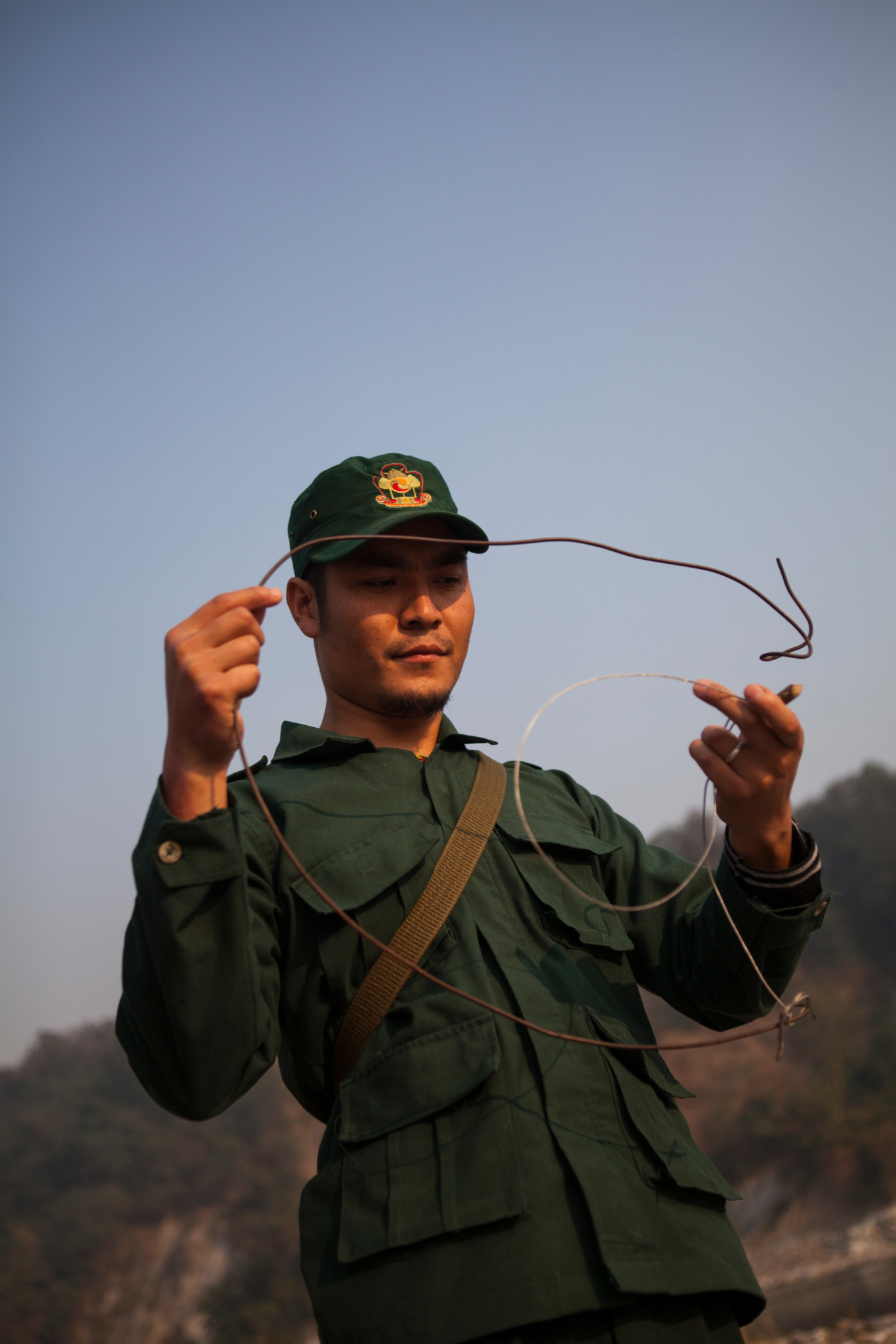 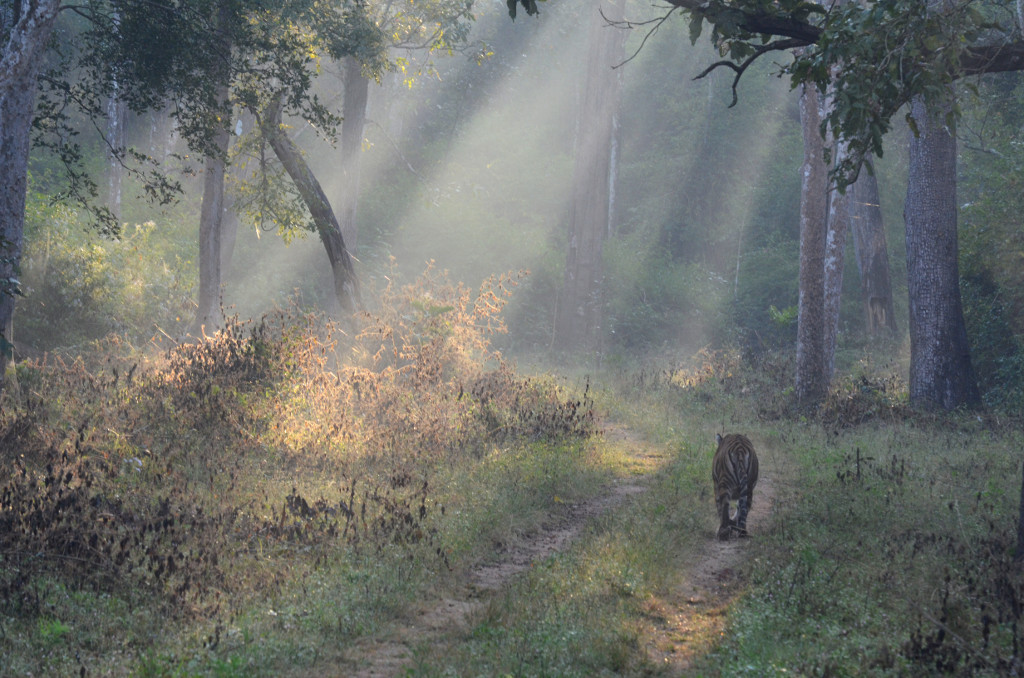 The increased transparency and monitoring of patrol efforts allow for greater management oversight, which can result in drastic improvements to law enforcement activity. In Russia, SMART implementation led to clear increases in patrol effort and a reduction in threats to tigers. In Nepal’s Parsa National Park, the implementation of SMART showed a more than doubling of patrol effort in less than a year, which led to a reduction of observations of illegal activity by 90 percent.

“Across tiger range, SMART has been really helpful to our teams on the ground and has helped improve protected area management where it is being implemented,” said Rohit Singh, enforcement specialist for the WWF Tigers Alive Initiative.

In Africa, SMART has also proved integral to efforts to conserve the continent’s big cats through enhanced management and decision-making, which has led to more effective and efficient deployments of anti-poaching efforts in sites with key importance to large carnivores. In Zambia, for example, Panthera and North Carolina Zoo are supporting SMART implementations in four National Parks that are critical for big cat conservation. In 2017 alone, SMART was used on more than 1,500 patrols in these areas to monitor and motivate anti-poaching efforts, as well as to collect research data on big cats to better understand their ecology.

The Maasai Wilderness Conservation Trust has undertaken similar efforts. Using SMART, the group’s community ranger patrols improved the effectiveness of data collection and data quality for wildlife tracking, monitoring, and information on threats related to illegal wildlife activities. Since SMART’s introduction five years ago, community rangers have logged more than 10,000 anti-poaching patrols. In that time, poaching has decreased by 74 percent and there were zero wildlife poisonings or fires in the whole of 2017. MWCT also employs ‘Simba Scouts,’ a team of 12 Maasai warriors that uses SMART to monitor the movement of collared lions and other wildlife. They have seen a 67 percent improvement in the prevention of lion hunts within the area since 2010. SMART has helped the MWCT team not only reach their conservation targets, but surpass them, enhancing management and leading to methods that reduce human-wildlife conflict. 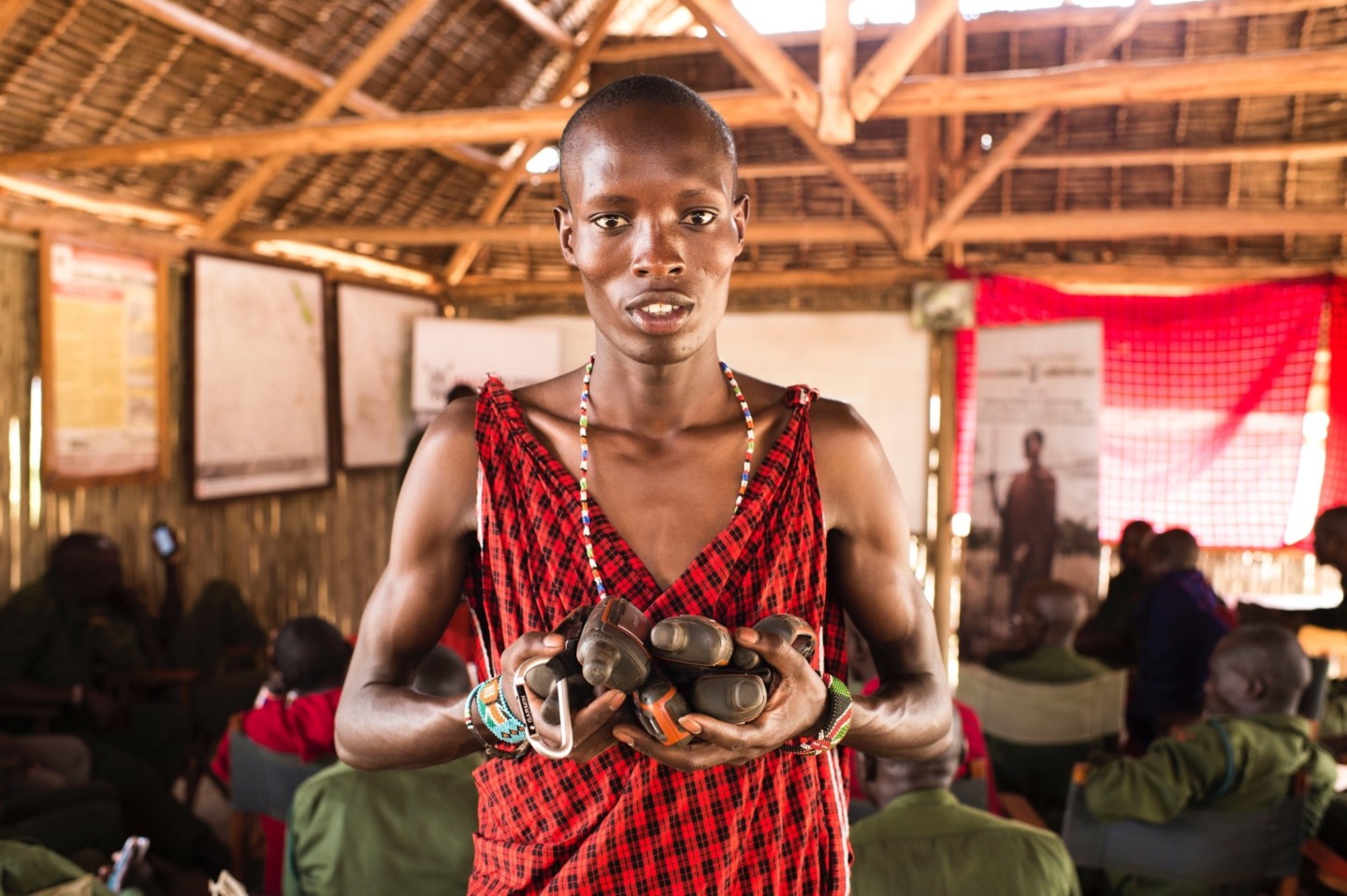 SMART is now being used in more than 70 sites across Central and South America, from Belize to Peru, more than 25 of which are Jaguar sites. SMART is playing an important role in accomplishing protected area management at the site level, which is key to protecting Jaguars and has included national adoption of SMART in Belize, Colombia, and Peru.

“Deforestation and other disturbances caused by people have reduced jaguar habitat by half,” said John Polisar, WCS Jaguar program coordinator. “In the strongholds that remain, SMART can play a critical role in monitoring and addressing threats.” 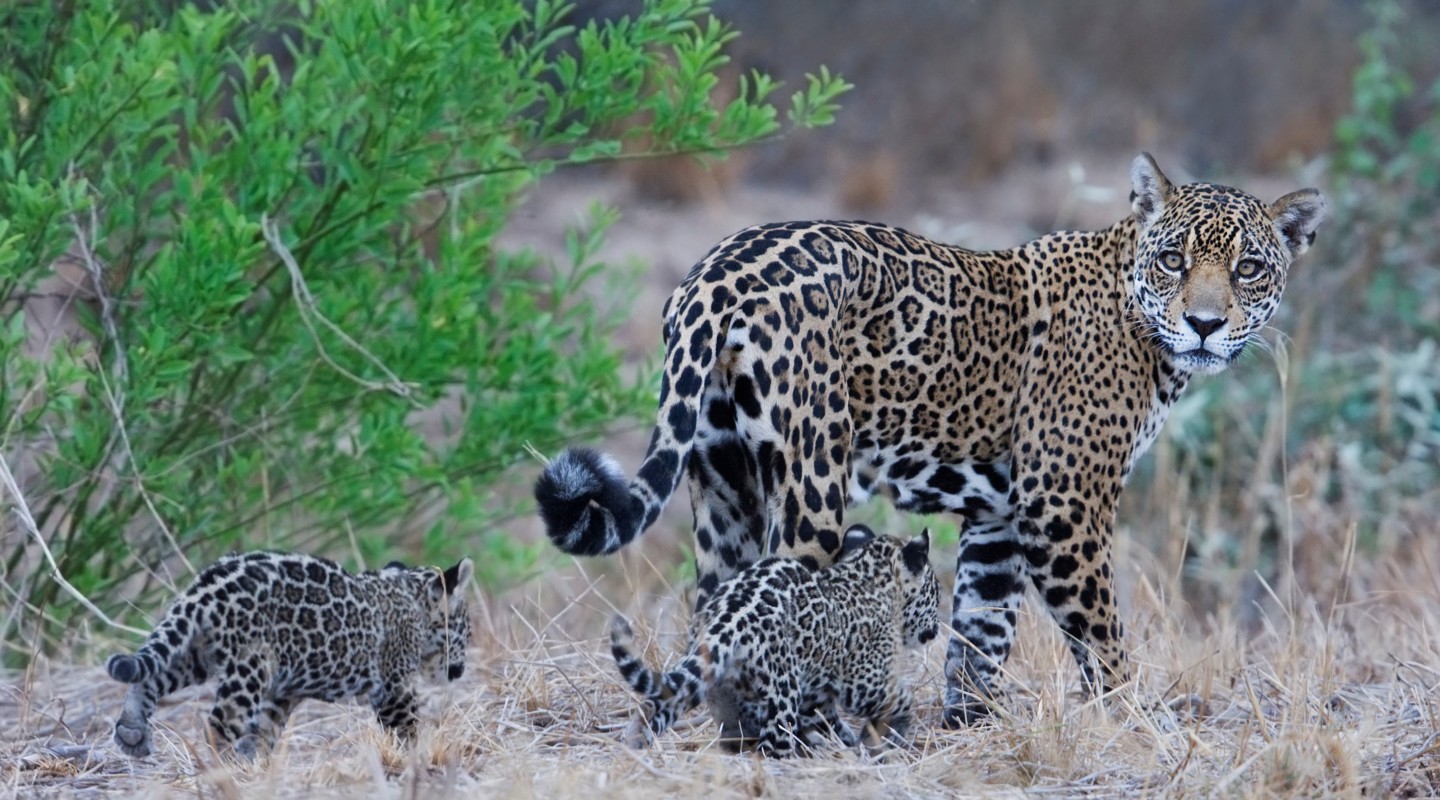 A Jaguar and its cubs in the Bolivian Chaco. (© Daniel Alarcon | Wildlife Conservation Society)

Significant work has been done in Honduras, where SMART was first implemented in 2014 in Jeannette Kawas National Park, a critical area for the Jaguar corridor. Panthera, in partnership with the government of Honduras, has expanded SMART implementation to three other national parks integral to Jaguars, and plans to expand SMART use in 2018 by combining key sensor technology, such as cameras and sound detectors, to better monitor where and when poaching is taking place in the parks.

“SMART has allowed us to identify and deter threats in key areas across the Jaguar corridor, but, most importantly, it has motivated park rangers to improve and continue to do their work,” said Franklin Castañeda, project coordinator for Panthera Honduras. 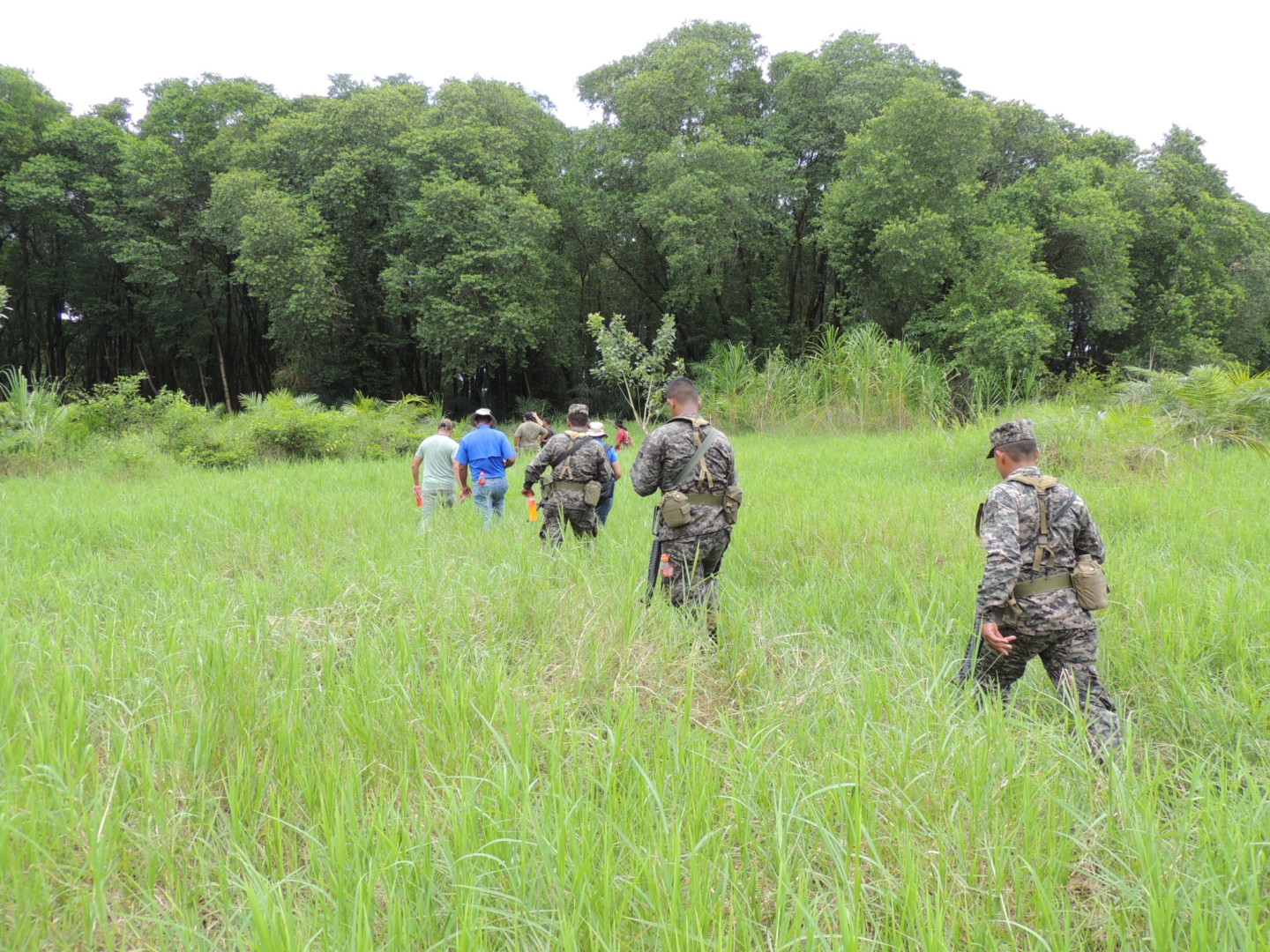 Looking to the future

SMART continues to evolve and respond to the increasingly sophisticated needs of the frontlines of conservation. SMART Connect, an online extension to SMART released in 2017, facilitates centralized data management, integration with other data sources, and ‘as-close-to-real-time’ response as infrastructure allows. This technology is putting rangers one step ahead of poachers.

“With SMART Connect, our ability to detect and respond to threats in real-time will shift the focus from where poaching has happened to where poaching is about to happen,” said Tenzin Wangchuk, park manager for Royal Manas National Park, Bhutan.

Other new developments coming in 2018, such as SMART Profiles and a significant upgrade to CyberTracker, the mobile data collection component of SMART, will deliver exciting and impactful new services to practitioners around the world. SMART Profiles, for example, will provide conservation law enforcement officials with a highly secure and searchable repository of information on individuals engaging in illegal activities within protected areas over time.

These developments have been driven by feedback from the SMART user community and are based on the principle of delivering solutions that are free, open-source, and benefit the entire conservation community. We know that the fight to conserve big cats and other wildlife will be long and difficult, but the SMART Partnership and its implementing partners are committed. Through development of innovative solutions and support of the global community, we are working to continually improve conservation outcomes for big cats and all other wildlife in the long-term.

Drew Cronin is the program manager for the SMART Partnership. He is hosted by WCS on behalf of the SMART Partnership and works across the entire Partnership to encourage adoption of SMART, establish greater support for implementing partners, and to improve the overall conservation impact of SMART globally. Learn more at www.smartconservationtools.org, or follow us on Twitter and Facebook at @SMARTCnsvTools.