Last Refuge Of The Javan Rhinos

In 1883, the volcano Krakatau erupted off the coast of Java in Indonesia in an explosion heard more than 3,000 miles away. Tsunamis devastated nearby coastal areas and communities, and the peninsula of Ujung Kulon was reduced to a swampy, malaria-ridden, uninhabitable wilderness.

Who would have thought that such devastation could actually save a species? But as Javan Rhinos were hunted to extinction across Southeast Asia in the 20th century, a small population was able to survive, hidden in Ujung Kulon’s inhospitable swamp forests.

Thanks to decades of dedicated protection by the Indonesian government, working with national and international conservationists, the number of Javan Rhinos in Ujung Kulon National Park has increased to 67. But that is still too few, and the threats are many. The park is too small to support many more rhinos, so a new population must be established in a safe location. Until then, another tsunami or a disease outbreak could wipe out the entire species. And the threat of poaching is ever present, as criminals continue relentlessly to slaughter rhinos for their horns across Africa and Asia. 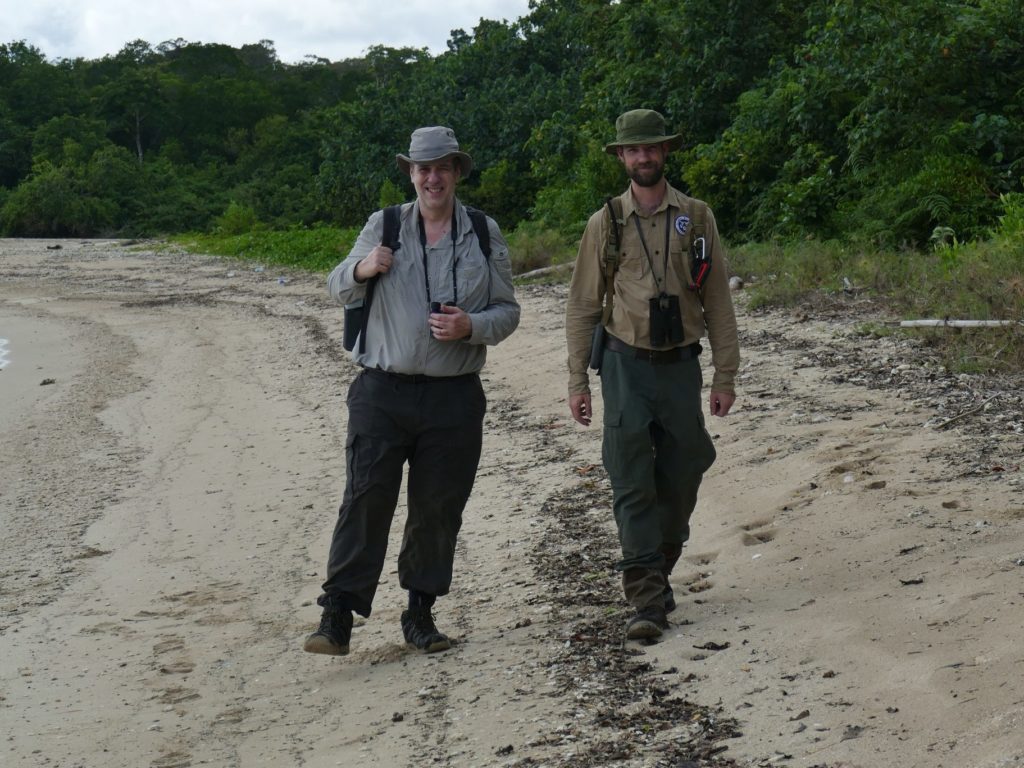 But conservationists are fighting back. GWC is working with the National Park Administration, WWF Indonesia, Wildlife Protection Solutions (WPS) and YABI (the Indonesian Rhino Foundation) to deploy new technologies and protection methodsto ensure a secure future for the last Javan Rhinos on Earth. In February, I visited the park with James Slade, GWC’s wildlife crime prevention officer, along with representatives of WWF and WPS to work with national park staff to identify how these new tools and techniques can be most effectively and sustainably deployed. 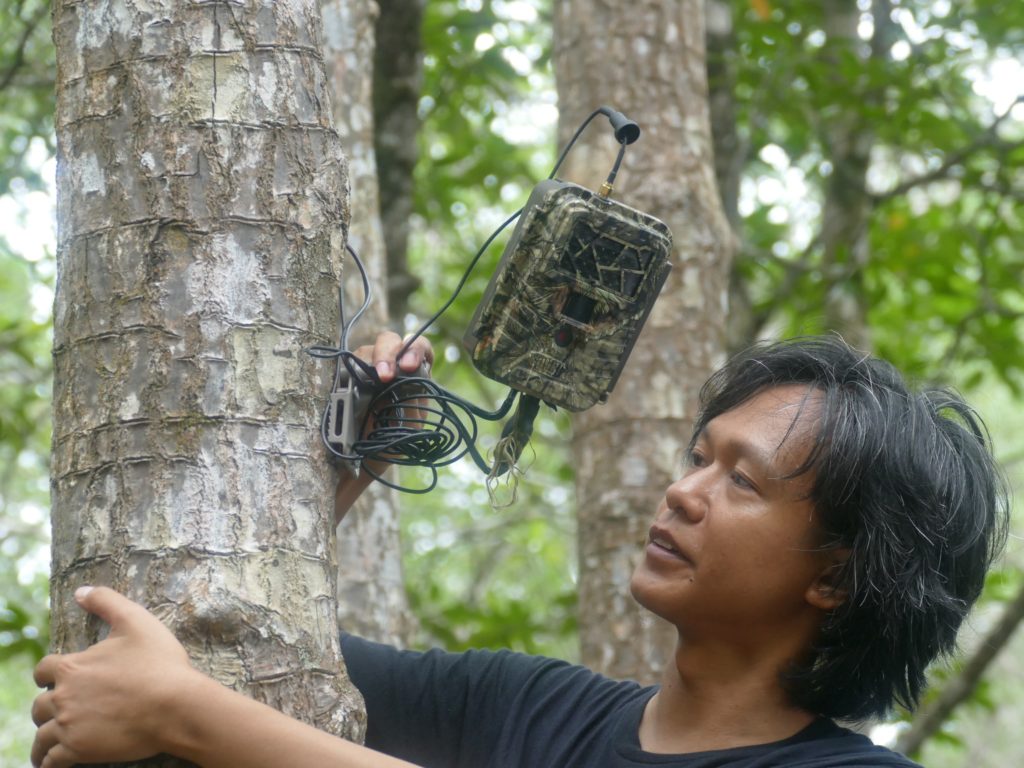 We spent our first day wading through the flooded forest, visiting guard posts to ask rangers about the challenges of their work. It is almost impossible to see a rhino in the dense undergrowth, but we were thrilled when a ranger showed us their footprints in the mud. Maybe it was best that we did not meet one face-to-face; one ranger told us how a rhino had recently tried to pull him out of the tree he had climbed to escape its charge!

The next day we explored the coast of the park by boat, meeting more rangers and checking cameras being tested as part of a new hi-tech system of surveillance and rapid response. On the way, the rangers intercepted and turned back two men in a boat full of nets and traps; a real reminder of the threats the park faces every day.

If new technologies and systems of management and protection are to be successful, the park staff must accept them and incorporate them into their ways of working. On our last day, staff took part in a workshop to identify what they will need to make these new approaches work. They are rightly proud of their success in protecting rhinos so far, and enthusiastic about new ways to help them in the years ahead. The next step is to start deploying the new equipment, training staff to operate it, and establishing the systems and processes that will make it a success, strengthening the protection of the rhinos from current and future threats.

Mike Appleton is GWC's director of protected area management. He focuses on applied, area-based conservation, building on scientific findings to achieve conservation results on the ground.