By Global Wildlife Conservation on November 20, 2017

Walking through the jungle in the dark of the night, my visual stimuli were limited to the area illuminted by the small, bright beam of light from my flashlight. On nights like these, I am out scanning for nocturnal biodiversity. Specifically, as the herpetologist for the Biodiversity Assessment Team, a joint conservation research team through Global Wildlife Conservation and World Wildlife Fund-Guianas, I am tasked with surveying for amphibians and reptiles during our rapid inventories.

Many years of nocturnal survey experience causes one to develop certain visual cues and search images to quickly process what falls within the confines of your light beam. For some organisms, like snakes, it is a certain body shape, and for others, it can be a glint of eye shine. Many jungle organisms give off eye shine, caused by the reflection of your beam of light off of a membrane in the eye, and typically with a characteristic color depending on the organism. Certain species of tree boa, for example, give off an orange reflection, which is purplish-orange in moths, and green-blue in spiders. 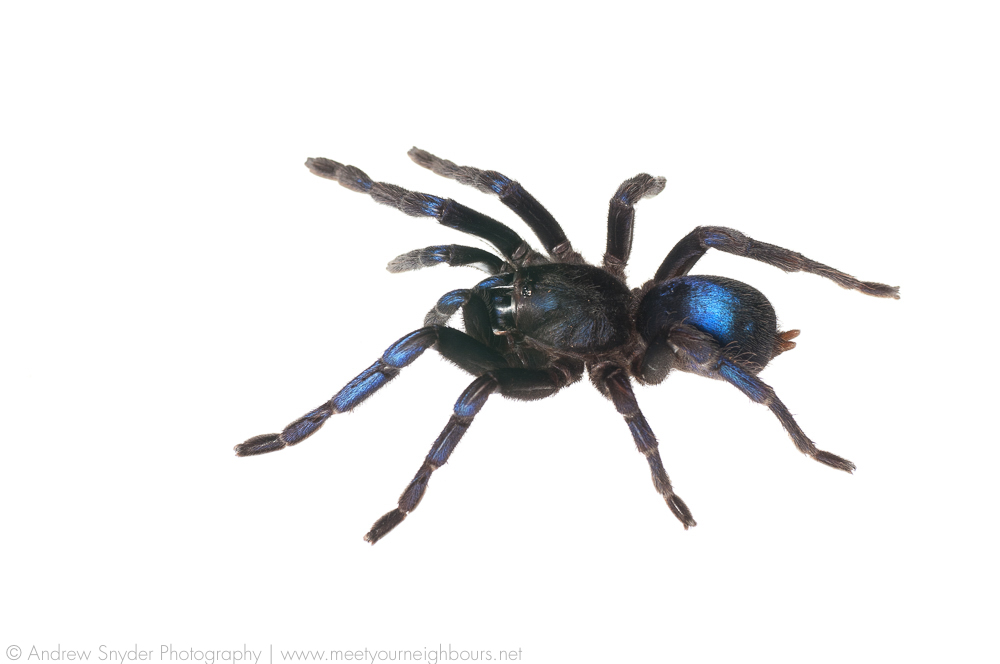 During this particular night, my light beam reflected back with a small glint of brilliant, cobalt blue sticking out of a small hole in a rotting stump. At first I quickly dismissed it—surely it was just the eye shine coming from a spider. But something was different, and I must have been subconsciously aware. Something made me go back.

And it is a good thing I did.

The blue that my light beam illuminated in fact was not the eye shine of a spider, but rather the forelimbs of a small tarantula. I have spent years conducting surveys in Guyana and have always paid close attention to the tarantula species. I immediately knew that this one was unlike any species I have encountered before.

This individual was found within a tubular-shaped hole in a rotten stump, perhaps the remnant location where a former small branch emerged. Upon closer inspection of the stump, I noticed that there were other holes, and most if not all, also housed a tarantula. Prior to this, I had only ever encountered individual tarantulas, either outside of a burrow like with the Goliath Bird-eaters, walking through the leaf-litter, or clinging to the sides of trees.

What did this mean for this species? Were the holes interconnected inside? Is this species communal, or did they just tolerate each other? So many questions, but unfortunately not enough time to try to figure it out. 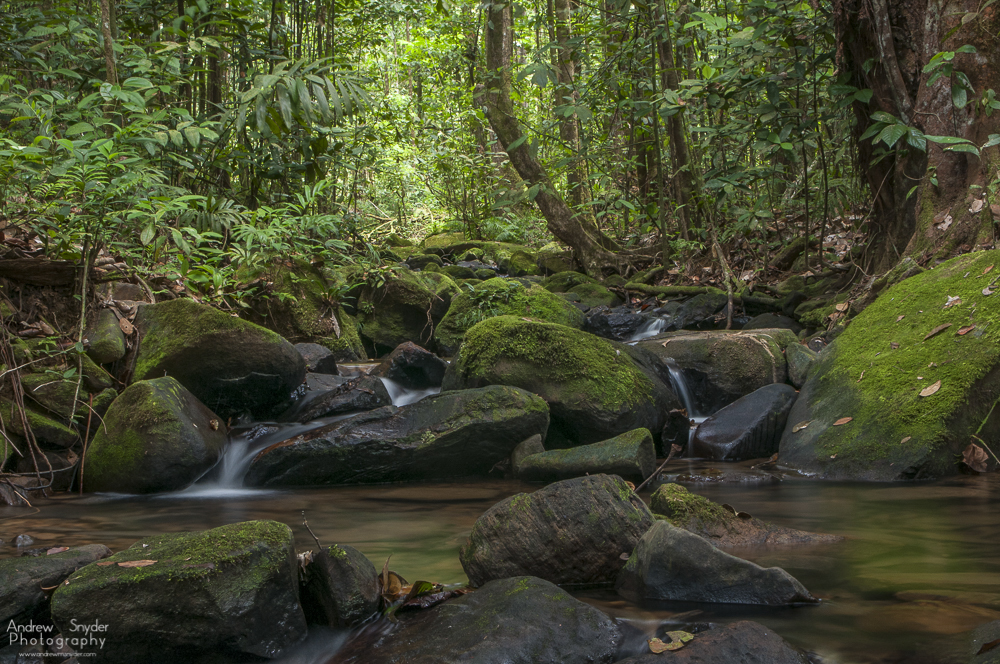 As soon as I was able, I sent the images on to a colleague who specializes in Neotropical tarantulas to get his thoughts. The excitement in his email response was beyond palpable, and I knew that this tarantula was something special. Initially, with only images, the safest ID was to the subfamily level Ischnocolinae. Within this subfamily, some species are in fact quite communal, but this is still to be determined with this species. Now with an acquired specimen, the species is awaiting formal description, though additional specimens will be essential in order to account for variability and gender-specific differences.

This tarantula was just one of the many incredible finds during the Biodiversity Assessment Team expedition to the Potaro Plateau in Guyana. This upland region where the surveys took place represents a very important transition zone for species between the lowlands and the highlands and was characterized by high levels of endemism for many taxonomic groups. This rapid inventory was able to provide an important glimpse into this special area and habitats, though more work is necessary to shed light on all of the region’s secrets.

(All photos by Andrew Snyder)