Due to the elusive nature of the Toro, my colleague, Chris Jordan (Global Wildlife Conservation), and I decided that conducting unstructured interviews with local people would be the best way to find out information on the Toro. I laminated pictures of the raton and have carried them with me at all times, ready to show them at any moments notice. 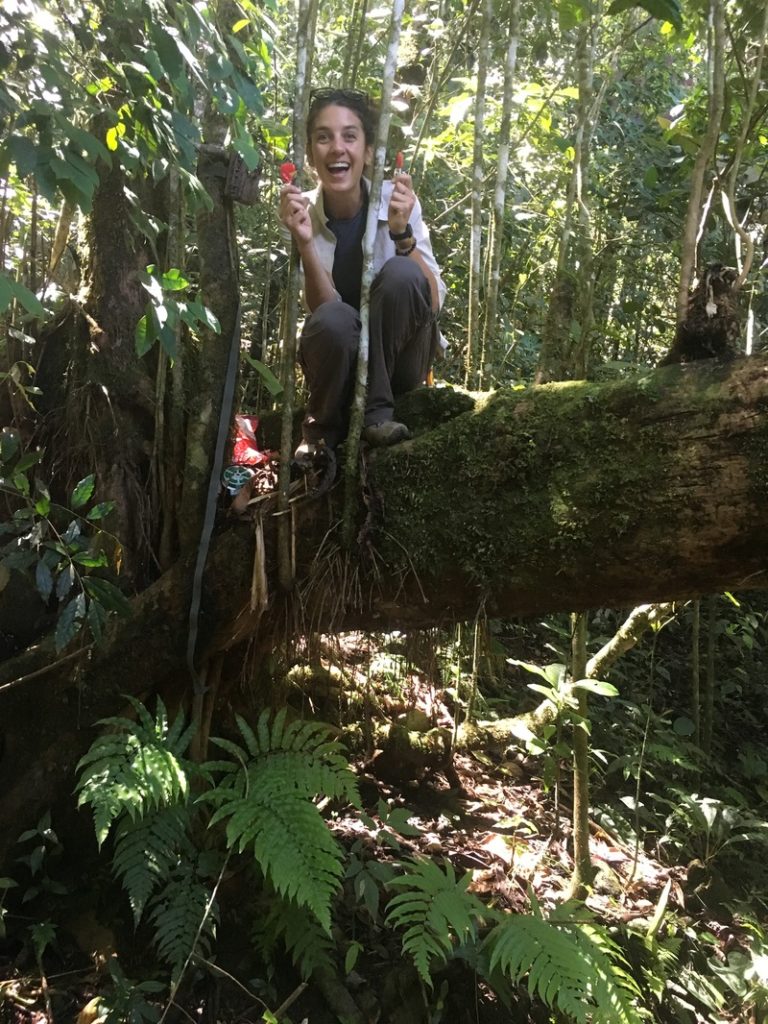 Local ecological knowledge (LEK) is knowledge acquired through experience and observation about the surrounding environment. It is extremely useful when searching for rare species because often there is so little scientific literature that the only thing to build a study from is LEK. I find immense value in LEK, especially in a country where I am an outsider. Not only does LEK promote cross-cultural exchange, but it also gives researchers a chance to understand what is important to local communities and gain insight into existing habitats and land use.

In Colombia, we have been showing the picture of the Santa Marta Toro to a number of local men, women, and children, and  some of the responses are listed below:

“Yes, I saw this on Jose’s farm, it is 4-5 hours from here, yes black and white tail” -young campesino woman

“Yes, I saw this on Jose’s farm about 4-5 hours from here” -older campesino man, not associated with first young woman

…OK maybe these people did see the Toro

“I have seen this up at my reserve near 2,500 m, I saw it around 5 or 6 pm, I am positive. It nests on the ground and twists the vegetation up near the base of trees. We have a video of it*.” (Pie de Cuesta; Our informant later asked us to pay 600,000 Colombian pesos ~ $200 USD, or in video camera parts to stay at this so-called reserve)

*The so-called video was not in this man’s possession. It is in the city of Santa Marta currently being uploaded to the internet to attract tourists to the reserve called Pie de Cuesta. We will not know for certain if this claim is truthful, but maybe a video on the internet will surface soon….

“I saw this 6 years ago.” –campesino from Vista Nieve (Vista Nieve is where Meb Carrikeri and his family lived in the early 1900s. Meb collected more than 80,000 specimens, the largest collection from the SNSM region to date, including two Toros).

“Tono has seen the Toro on a relative’s farm in Vista Nieve, he is positive because it was right after the initial discovery.” -Diego, Colombian birding guide

“One was found dead outside San Lorenzo station (near 2200 m), a student later buried it.” -Jose Luis, a student from University of Magdalena.

“I saw one run across here at 10 a.m., it looked scared, like it was running from something, and it ran quickly up that tree before I could take a picture. Its neck was red, so was its back. It wasn’t a squirrel” –Maestro, one of the builders from El Dorado Reserve. We have placed a camera trap near this tree in hopes of catching whatever it was that lurks nearby. 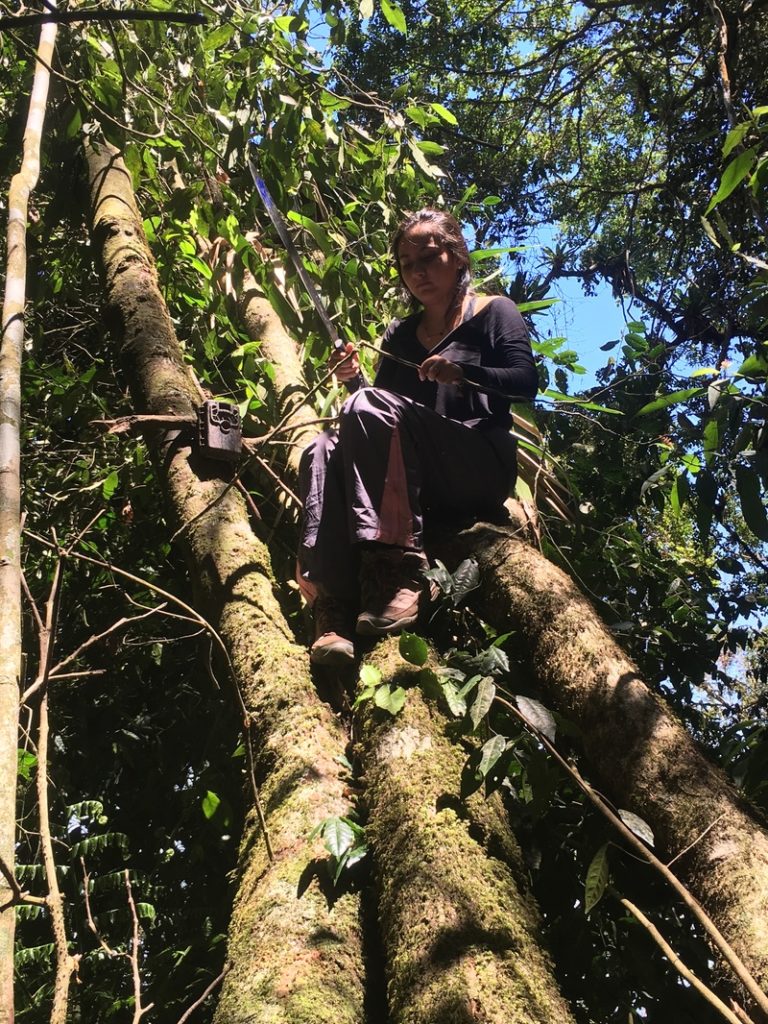 Daniela, my trusty field assistant, setting an arboreal camera trap and using a machete to cut down branches.

After claims like this, it is difficult to discern truth from rumor. However, the Toro has likely been seen by locals, but it appears to be very rare. With sporadic sightings over the past six years, it is difficult to know where to start our search. We have explored regions of San Lorenzo for the past week, placing camera traps, and evaluating habitat. One of the reasons the SNSM region is so understudied is because it is difficult to access. This makes creating night surveys fairly tricky. We have limited access to forest patches that are walkable and the steep drop off the mountain sides hardly makes walking at night safe (for instance we walked a fairly easy path last night and I fell down twice).

Our goal is to have 6-10 nocturnal spotlight transects, ranging from 500 meters – 1,000 meters in length, which we will survey three times throughout the month of July. The Toro’s home range is reported from 700 meters – 2,000 meters, giving us a very large region to work with. Based on accessibility, most of our surveys will likely fall between 1,500 meters and 2,200 meters. In addition to night surveys we have three arboreal camera traps that we will move every 7-10 days pending location. We have already placed two, with cherry flavored lollipops as bait, which have disappeared immediately. The mysterious disappearance of our chupetas may be due to the rain or hormigas (ants), but I can only hope that something larger and fuzzier is stealing our heart-shaped chupetas.

Read Part I: Searching for the Lost Toro

Nikki Roach is a GWC associate conservation scientist and a conservation biologist. She is a Ph.D. student at Texas A&amp;M University, where her research focuses on conservation planning for threatened species through assessments of species distribution, abundance and vulnerability to land use and climate change impacts, using a mixture of modeling and field-based data. For the next year she will be collecting her dissertation data in Colombia on a Fulbright Fellowship.