Sounding The Alarm: Madagascar’s Weird And Wonderful Lemurs On The Brink

Madagascar is home to an astonishing number of wildlife species, but perhaps most famous are its lemurs—and for very good reason. The big-eyed primates are charismatic, diverse, resourceful, whimsical and even quite humanlike.

Lemurs have another, less fortunate distinction: They are the most endangered primates in the world, according to leading primate conservationists who gathered in May to review the status of Madagascar’s 111 lemur species. The newly updated assessments for the IUCN Red List of Threatened Species provisionally find that 95 percent of Earth’s lemurs are on the brink of extinction: 105 of the 111 species are Critically Endangered, Endangered or Vulnerable.

The IUCN SSC Lemur Red Listing and Conservation Planning Workshop was held in Madagascar and included more than 50 experts from around the world. Our own Russ Mittermeier, Chief Conservationist Officer and winner of the 2018 Indianapolis Prize, represented Global Wildlife and helped lead the workshop.

Madagascar, an island off the Southeast coast of Africa and the fourth largest island in the world, is one of the top megadiversity regions and one of the highest priority biodiversity hotspots on Earth. It is home to thousands of plants and animals found nowhere else on the planet, including its world-famous nonhuman inhabitant, the lemur. 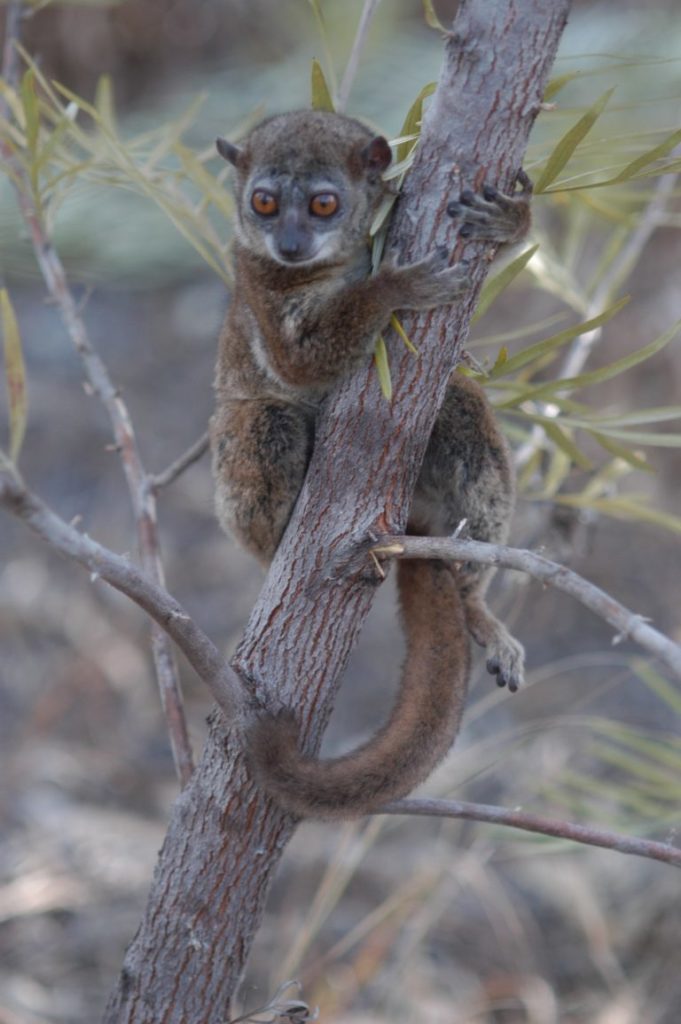 Northern Sportive Lemur from the Analalava in the Sahafaky region. (Photo by E. E. Louis Jr.).

A possible lemur extinction could have a domino effect on Madagascar’s biodiversity.  Large-seeded plants—which are key to the health of Madagascar’s forests—would then be at risk of extinction because lemurs spread their seeds throughout the island.

A lemur extinction could also impact the livelihood of its human inhabitants. The island’s economy relies heavily on ecotourism, making its wildlife—especially the lemur—its greatest asset. People all over the world travel to the “Red Island” to see these beautiful animals in their natural habitat.

Madagascar’s vast and diverse primate population makes it one of the four major regions for primates, even though it is only about 3 percent the size of the three other regions where primates are found (mainland Africa, Asia, and the Neotropics). 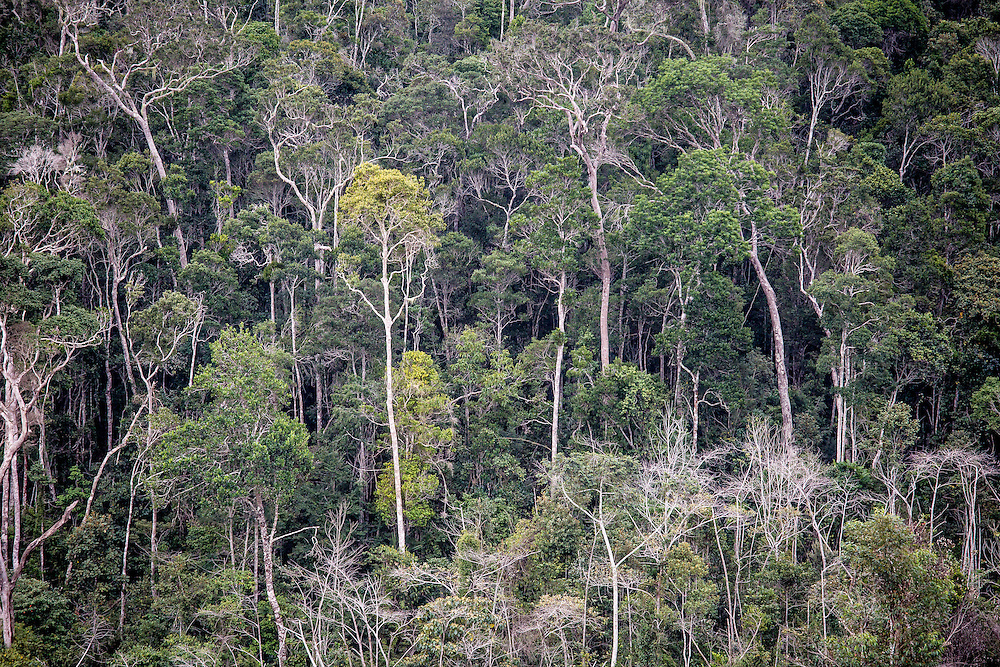 Lemurs: The “Teeth Comb,” “She-power” and Other Interesting Traits

Lemurs are interesting-looking primates with huge eyes. They tend to live in female-dominated societies, use their teeth instead of fingers to groom, and are quite vocal. In fact, the Indri Lemur’s call has been compared to a humpback whale with a police siren. For more than 40 million years, lemurs evolved in isolation on the island of Madagascar, free from competition from monkeys and apes, resulting in features that make lemurs remarkably different from these other primates. 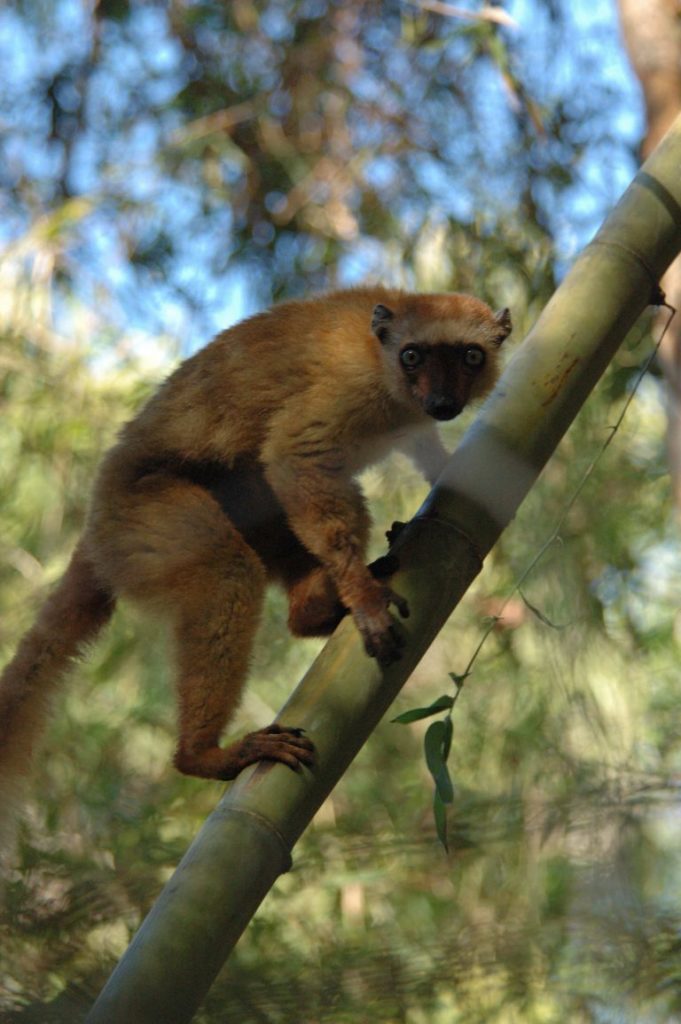 Among the most spectacular species of lemurs provisionally up-listed from Endangered to Critically Endangered in the assessment is the Indri, the largest of the living lemurs and a species of symbolic value comparable to that of China’s Giant Panda; as well as Madame Berthe’s Mouse Lemur, which, at 30 grams, is the world’s smallest primate. 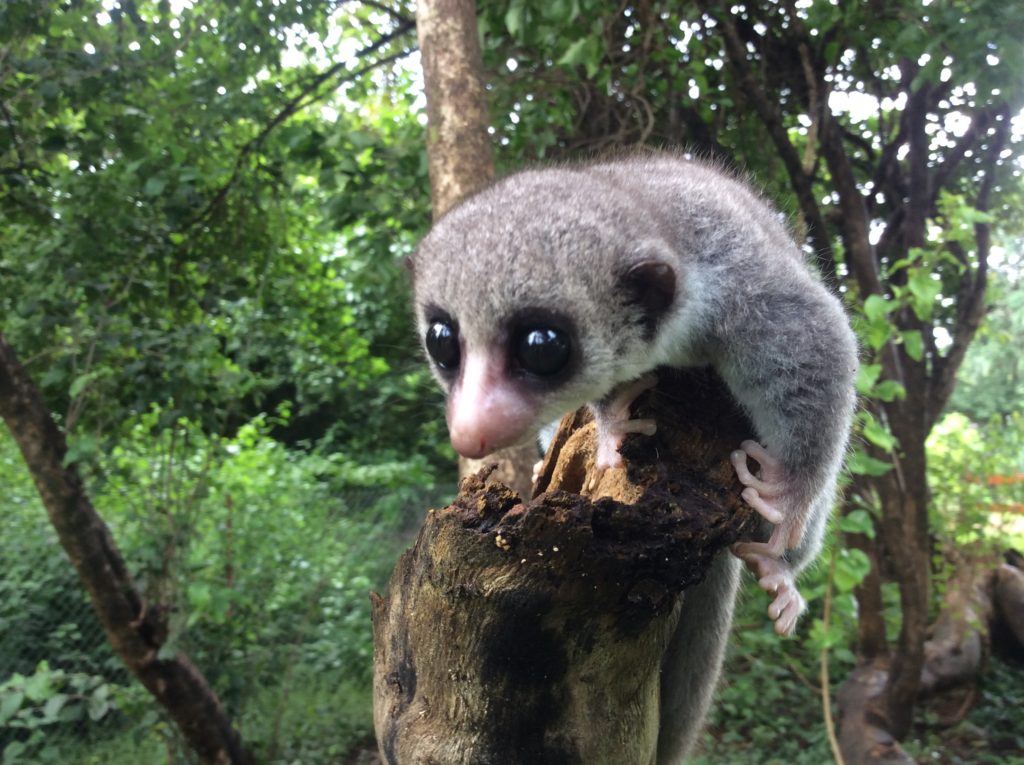 The lemur workshop was sponsored by IUCN’s SOS Program, the Houston Zoo, the Marat Karpeka Lemur Foundation, the Bristol Zoological Society, and Global Wildlife Conservation, and was held at the Carlton Hotel in Antananarivo, the capital of Madagascar.