Crocodiles may not be the easiest of animals to love. Unless you are Lawrence Henriques, a Jamaican native who has devoted himself to protecting his country’s national animal since the early 1980s.

It all began when, in his early 20s, Lawrence rescued an injured crocodile from the side of a country road. Soon after, he offered his services to the Jamaican government to rescue and rehabilitate crocodiles in enclosures he built around his house. The intimate relationships he built with some of Jamaica’s largest predators earned him the moniker “the croc whisperer.” 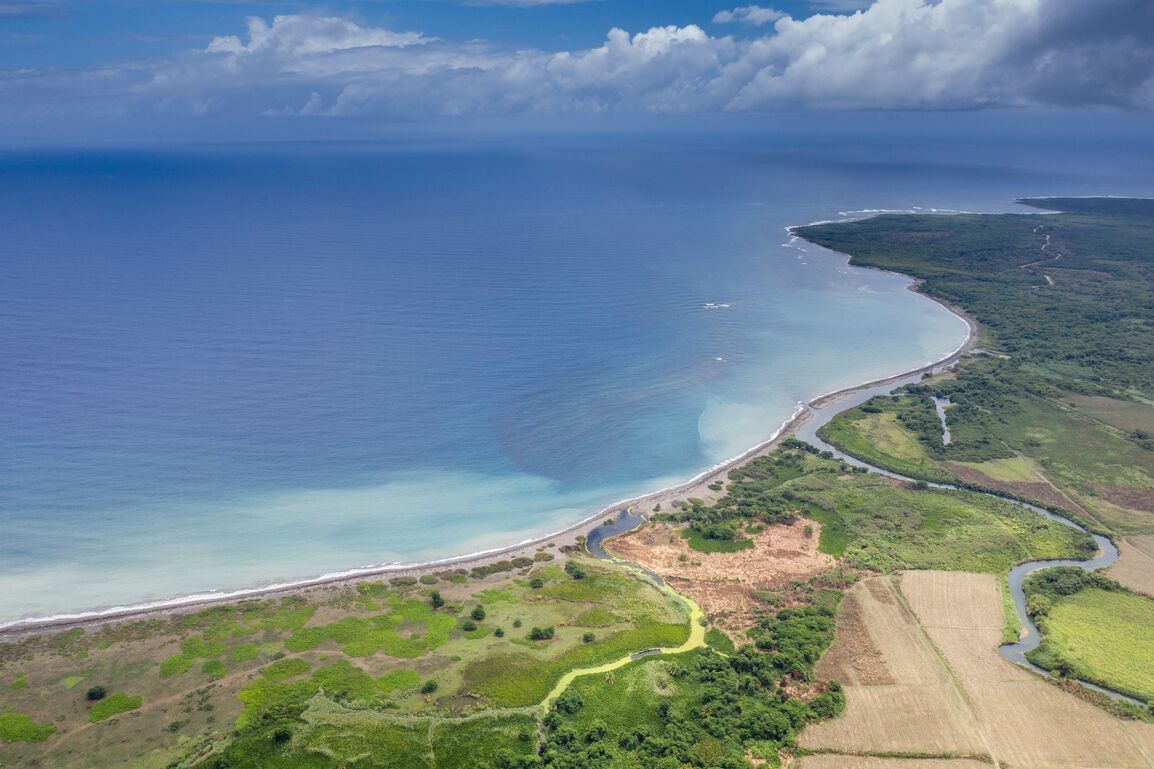 Holland Bay, in the remote northeast of Jamaica, proved to be the perfect location for the crocodile sanctuary and associated wildlife preserve. (Photo by Robin Moore, Global Wildlife Conservation)

In 2016, his efforts were thrown into jeopardy when the government of Jamaica asked Lawrence to shut down his crocodile sanctuary on the northern coast of Jamaica for fear that it would hinder tourism development. Lawrence spent the next couple of years searching for a new site, before finding Holland Bay on the remote northeast corner of the island, which promised private land not just for a new sanctuary, but for a wildlife preserve that would safeguard critical crocodile habitat. He went on to build a groundbreaking new sanctuary that promises to change the paradigm of conservation in Jamaica.

I had the pleasure of visiting Lawrence and a few of his crocodiles in Jamaica recently at the newly established Holland Bay Wildlife Preserve to see his heroic efforts firsthand and to learn about the croc whisperer’s secrets to living peacefully alongside the country’s largest predator. 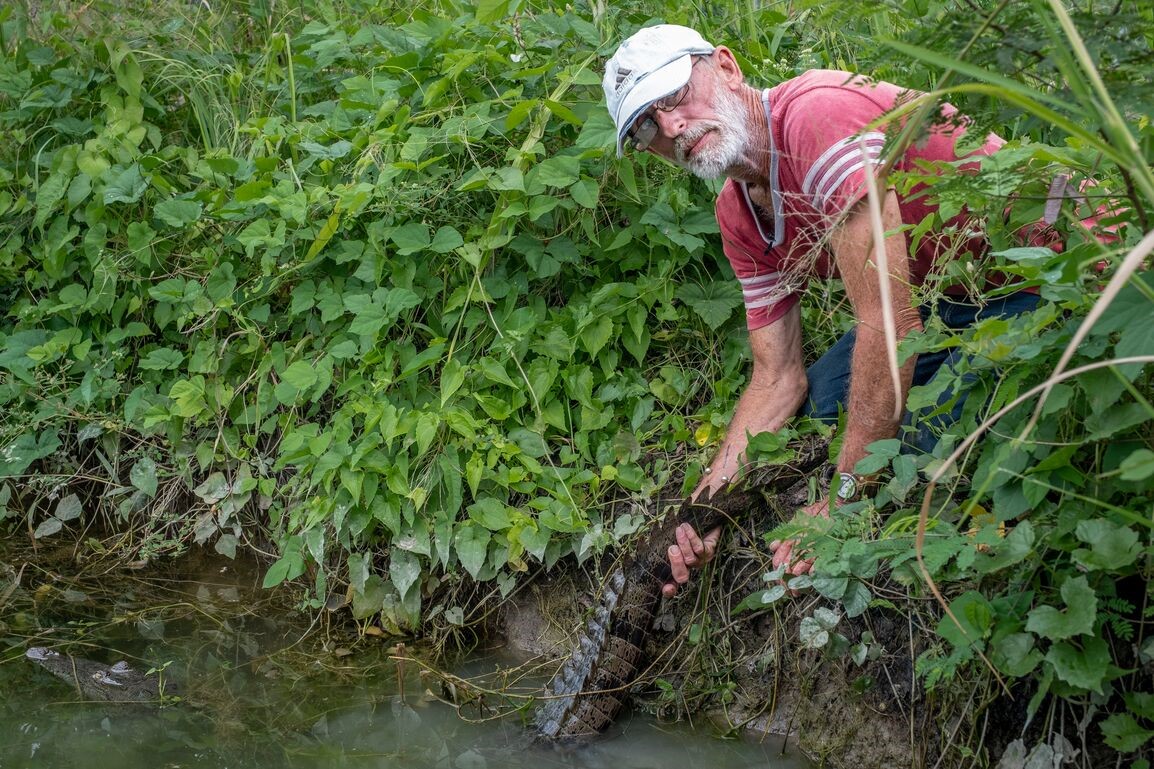 Lawrence cradles the tail of Jenny, one of the first inhabitants of the new sanctuary. (Photo by Robin Moore, Global Wildlife Conservation)

“You have to give them a name,” Lawrence says as he crouches down on the tangled vegetation next to a newly built pond to cradle the scaly tail of Jenny, a 5’2” American Crocodile with a lacerated arm. Building trust and providing an enriching, natural environment is key. “Happy croc safe croc. Unhappy croc… be careful,” he says. “Never get complacent around these animals. You will have a painful experience.” Ever the master of the understatement, his track record suggests that he knows what he is doing.

Jenny is an American Crocodile, a threatened species that lives from South Florida through the Caribbean. Jamaica was once a stronghold for the species, but a dramatic uptick in poaching in the past decade—driven by the fallacy that it improves male fertility—with unchecked development have nearly wiped out Jamaica’s crocodiles. Lawrence estimates that around 700 crocodiles remain in the country, and that these could be wiped out entirely if attitudes and behaviors don’t change. Even though the crocodile is woven through the cultural fabric of Jamaica and have been celebrated on the national coat of arms since 1661, they are widely reviled and persecuted. Lawrence is out to change that. 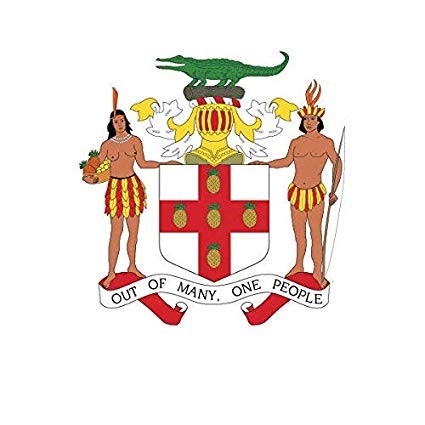 “Some crocs devour humans, but these just aren’t into that,” he says matter of factly. “They eat fish, crabs, small mammals, birds. The odd goat or dog maybe. But not humans. It’s fascinating that we have such a mild-mannered large predator living on our shores.”

As we drive through a small town on our way to an internet café—Lawrence’s only access to email—a girl approaches to ask Lawrence when she can visit the sanctuary, and so he stops to make arrangements. By encouraging people to come and spend time with the crocodiles and in the environment that they call home, Lawrence hopes to slowly change perceptions. Through the creation of a wider Holland Bay Wildlife Preserve, Lawrence has a vision of not only safeguarding critical crocodile habitat in a remote part of the country, but even bolstering tourism through croc-watching activities. 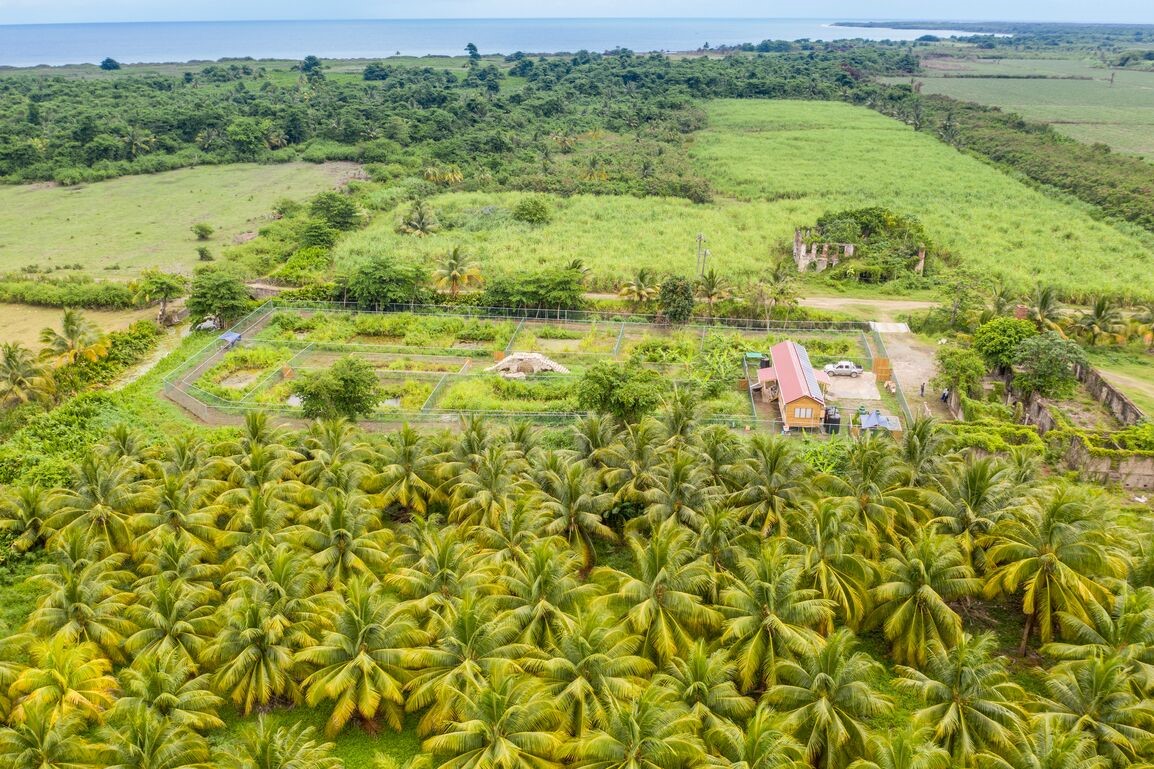 “This is our national animal,” he says. “We have to protect it. If we don’t, and it’s gone, we can’t go to the supermarket and pick more off the shelf. It doesn’t work like that. Once it’s gone, we have nothing to show people.”

Lawrence is a powerful ambassador for the crocodiles of Jamaica. What he has accomplished in building the new sanctuary in the span of several months is nothing short of incredible, and his devotion is infectious. I only got to spend a couple of days in the company of Lawrence and his crocodiles, but I left feeling truly inspired, and hopeful for the future of what may be Jamaica’s most misunderstood inhabitant.

With thanks to support from the Sheth Sangreal Foundation and Andrew Sabin Family Foundation, GWC is proud to be a partner in helping ensure that his vision becomes a reality. 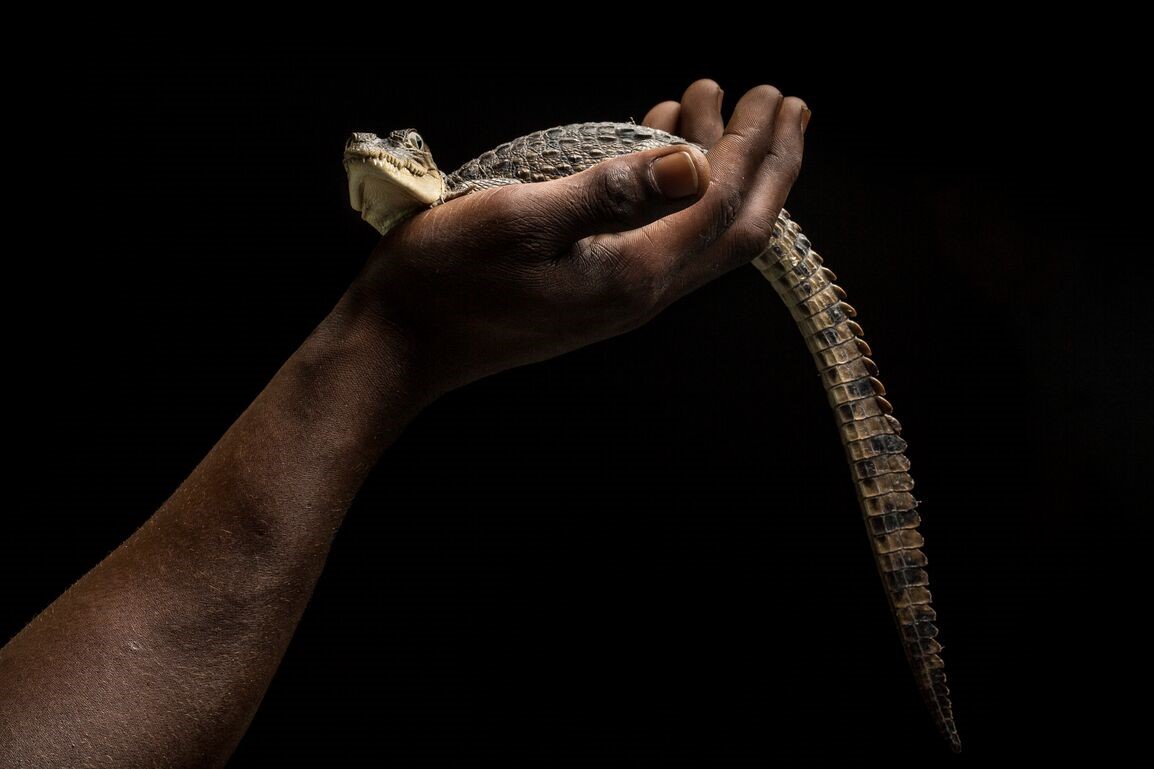 The future of Jamaica’s Crocodiles rests in the hands of one species: our own. (Photo by Robin Moore, Global Wildlife Conservation)