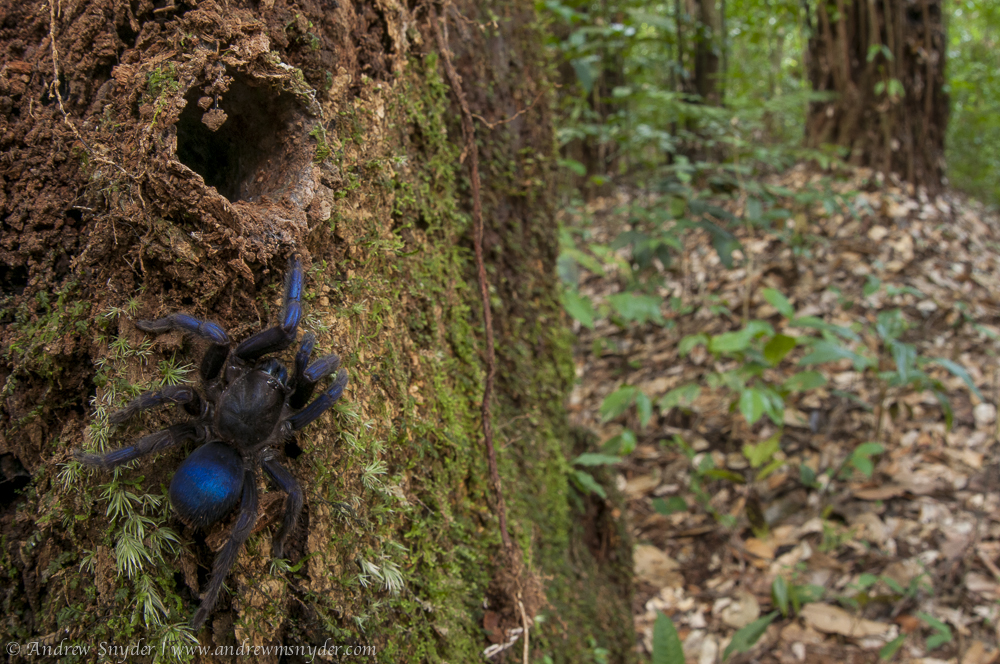 Over a month-long survey, a team of researchers uncovered more than 30 species likely new to science–and endemic to Guyana–in the Kaieteur National Park (KNP) and the Upper Potaro area in Guyana, according to the second report in a series released Nov. 16 highlighting Guyana’s incredible rich biodiversity. The newly discovered species include a tarantula, a frog, a few dragonflies and a few beetles, and were among the most significant findings of the report from World Wildlife Fund Guianas, The University of Guyana, the Protected Areas Commission and Global Wildlife Conservation. The series represents the most broad-based floral and faunal assessment in this unique region.

Kaieteur National Park and the upper Potaro are part of a largely intact forest landscape that is of tremendous value globally for conservation. High levels of endemism were among the most striking features of this short survey, which took place in March of 2014. Fifteen percent of fishes the team collected were endemic to the Potaro River drainage, while many of its birds, amphibians and mammals have restricted home ranges found only in the Guiana Highlands and the Guiana Shield. The KNP and upper Potaro also shelter species that are vulnerable or on the verge of extinction.

The publication reveals that:

Guyana is one of the world’s most important countries for biodiversity conservation with the second highest percentage of forest cover on Earth, high levels of biological diversity and species that are found nowhere else. Historically Guyana’s biodiversity was naturally protected due to low human population density and the fact that much of the country was inaccessible. Over the past decade, WWF Guianas has been working with stakeholders at all levels to address the growing pressures on the environment.

The Biodiversity Assessment Team (BAT) survey  was done in close partnership with the Village of Chenapau; University of Guyana’s Departments of Biology and Agriculture, and Faculty of Earth and Environmental Sciences; and Protected Areas Commission. The launch took place at the Cara Lodge in Georgetown on November 16, 2017 with senior members of government, including ministers; members of the diplomatic community; prominent environmentalists and other stakeholders, including the media, in attendance.

Photo: More than 30 species uncovered during the expedition to the Kaieteur – Upper Potaro area in Guyana are likely new to science, including this possibly undescribed tarantula. (Photo by Andrew Snyder)

WWF-Guianas is part of one of the world’s leading conservation organizations with a mission to stop the degradation of the earth’s natural environment and to build a future in which humans live in harmony with nature. The Guyana office is involved in a plurality of site-specific objectives, often in partnership with civil society organizations and government institutions. These range from the protection and management of ecological landscapes, to educational and awareness campaigns on climate change and conservation. Learn more at http://www.wwfguianas.org/