The Wildest Place in the World 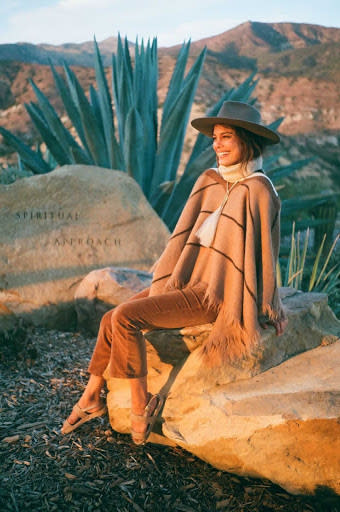 “Humans have the potential to be a keystone species in the ecosystem,” Kelley says. “But that is why we need to learn from Indigenous people. We need them to teach us about subsistence, how to live off the land, teach us how to live according [to] the seasons, how to live in harmony with that ecosystem.”‎

From western Venezuela down to northern Argentina and Chile, encompassing the Andes mountains in Colombia, Ecuador, Peru and Bolivia, the Tropical Andes is considered the most biodiverse region in the world. This is an even more remarkable feat given that it covers less than 1% of the world’s land surface. Nearly one-sixth of all plant life on the planet is found here, and the Tropical Andes is home to more amphibians, birds and mammals than any other Biodiversity Hotspot on the planet. Its incredible biodiversity includes more than 1,500 bird species, nearly 500 reptile species and more than 800 amphibian species.

How does a place like this become home to such diversity of life? The Tropical Andes is part of the longest mountain chain on Earth, and has a wide elevational range, from its lowest point at 1,640 feet above sea level to its highest point standing more than 19,600 feet tall.

Due to this, the climate changes dramatically over short distances, resulting in a remarkable variety of ecosystems. Steep slopes, deep canyons, and wide valleys characterize the Tropical Andes Biodiversity Hotspot. This region and its landscapes have led to the evolution of an amazing diversity of species and habitats: rainforests and cloud forests, grasslands and scrublands, alpine, and the unique ecosystems of paramo and puna.

Its proximity to other biodiversity hotspots and wilderness areas like the Tumbes-Choco-Magdalena or Amazonia further contribute to the high diversity of the region. The Tropical Andes contains more than 400 Key Biodiversity Areas, which are sites of global importance to the planet’s overall health and the persistence of biodiversity, including the Sierra Nevada de Santa Marta. In addition to storing 5 billion tons of carbon, the Tropical Andes is South America’s largest source of water, providing water to the Amazon and Orinoco rivers.

The Tropical Andes Hotspot is also home to more than 57 million people, including more than 40 Indigenous groups and Afro-descendent communities. These Indigenous communities are the owners of more than 50% of the landscape in the hotspot. They depend on natural ecosystems and resources for their livelihoods and culture, and have traditionally lived in harmony with their natural environments for generations.

Despite the critical value of this Biodiversity Hotspot, the region’s biological and cultural diversity are threatened by population growth and the associated urbanization and infrastructure development, agricultural expansion, cattle ranching, logging, mining and oil extraction. These activities have destroyed about 80% of the original habitat here. Nearly 800 plants and animal species are threatened with extinction—the highest number of any Biodiversity Hotspot. The Mountain Tapir, Spectacled Bear, Brown Spider Monkey and more than 500 amphibians are facing a grim future—unless we act now.

The outstanding diversity of the Tropical Andes is intrinsically linked to its people, cultures and landscapes, and addressing the threats to habitat destruction and degradation is vital. The cultivation of this region depends on strengthening the capacity and rights of local, Indigenous and Afro-descendant communities and ensuring remaining unprotected lands remain out of the hands of extractive industries that would destroy them.

We ensure the conservation of the most biodiverse and irreplaceable places in the region by respecting and integrating Indigenous and traditional communities in all that we do. We work to find strategies to safeguard Key Biodiversity Areas and threatened species living in them. The projects we support vary from protecting specific species to establishing new protected areas and improving the management of existing ones. We work with partner organizations and governments to purchase land and create protected areas, and to strengthen their management.

Over the past 10 years, we have worked with local partners to establish over a dozen new protected areas aimed at saving habitat for some of the region’s most imperiled species. These new reserves are distributed across Colombia, Ecuador, Peru and Bolivia. Examples include creation of the Serranía de Perijá Bird Reserve, Los Titíes de San Juan Reserve for Cotton-top Tamarins, and Las Tangaras reserves in Colombia together with ProAves-Colombia and international partners, and Chakana Reserve in Ecuador with Fundación de Conservación Jocotoco and partners.

Re:wild also works with local organizations and individuals to design regional initiatives aimed at preventing the extinction of threatened groups of species and to ensure the protection of its habitats and wellbeing of the communities living alongside them. For example, we are working with our partner Fundación Atelopus, the Arhuaco Indigenous community and local farmholders on conserving harlequin toads, the jewels of the Neotropics, and the critical watersheds where they live in the Sierra Nevada de Santa Marta.

The heart of the world is in Colombia.

Restoring the amphibious jewels of the Neotropics.

This beautiful tropical parakeet is only known with certainty from the Sinú Valley in northern Colombia, but has not been documented since 1949.

There is no one-size-fits-all solution to the interrelated crises of wildlife extinctions, climate change and pandemics. Re:wild works with local and Indigenous communities, conservation partners, governments and others to solve some of the world’s most pressing environmental challenges. Our conservation work in the Tropical Andes includes any combination of the following solutions: