By Global Wildlife Conservation on October 3, 2016

Deep in the rainforests of Nicaragua’s beautiful Indio Maíz Biological Reserve, the indigenous Rama and afro-descendant Kriol people are resolutely fighting for their culture and traditions, which are increasingly threatened by the brazen destruction of the forest by land-grabbing cattle ranchers and land traffickers.

The 2,639-square-kilometer [about 1,000 square miles] Indio Maíz Biological Reserve lies in the southeastern corner of Nicaragua, and is the core area of the Río San Juan Biosphere Reserve. The Rama Indians have lived here for hundreds of years, and together with the afro-descendant Kriol peoples jointly hold a communal title to approximately 70 percent of Indio Maíz. These communities depend on healthy ecosystems to provide foods, palms for building their houses and crafting traditional bows and arrows, and trees to build the dugout canoes they depend on for transportation. 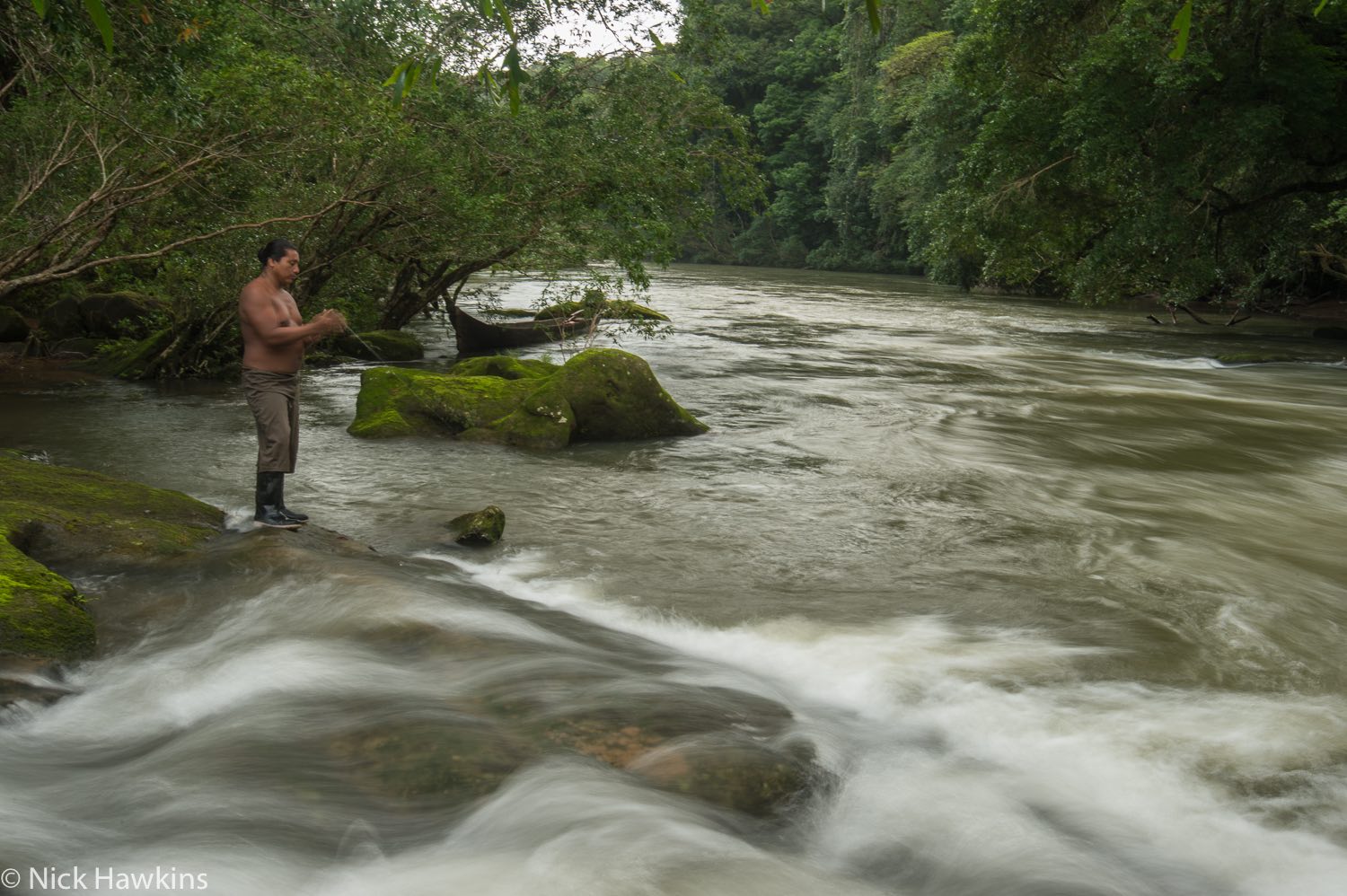 A Rama man fishes at the base of a waterfall along the Indian River in the Indio-Maiz Biological Reserve of Nicaragua.

At Global Wildlife Conservation, on World Habitat Day Oct. 3—and everyday—we’re as committed to helping the Rama and Kriol people maintain their natural heritage as we are to preventing the extinction of the endangered wildlife species that share their land. That’s why we’re working hand in hand with the Rama people to put an end to the illegal invasion of cattle ranchers and land traffickers in Indio Maiz, preventing incalculable losses of the reserve’s biodiversity and ecosystem services.

“The culture, history, food security, and future of the Rama people living within Indio Maíz are all closely tied to the diversity of flora and fauna that surround them,” said Wes Sechrest, GWC chief scientist and CEO. “Indio Maíz is a perfect example of how much is at stake in our global fight to save the world’s last wild places. The Rama people understand this fight, and they are some of the most passionate conservationists we’ve ever had the privilege of working with.”

A Rama man loads his canoe with five different varieties of bananas - he will bring them to sell and trade for other goods downriver.

Over the past decade, cattle ranchers and illegal loggers have converted thousands of square kilometers of Nicaragua’s lowland rainforests into extensive cattle pastures. In a global analysis of forest loss, Global Forest Watch found that Nicaragua experienced the world’s 17th highest percent forest loss between 2001 and 2014 as compared to tree cover in 2000. Others estimate that the country loses 700 square kilometers of forest a year, mostly in the country’s two biggest biosphere reserves, the Río San Juan Biosphere Reserve and Bosawás Biosphere Reserve. While Indio Maíz has been one of the better-protected reserves over this time, data collected by Rama and Kriol forest rangers clearly show that land traffickers and cattle ranchers began penetrating the heart of Indio Maíz in 2015 and 2016. Indeed, in limited patrols over this interval, the rangers detected almost 3 square kilometers of newly affected forest, some more than 10 kilometers from the borders of Indio Maíz. 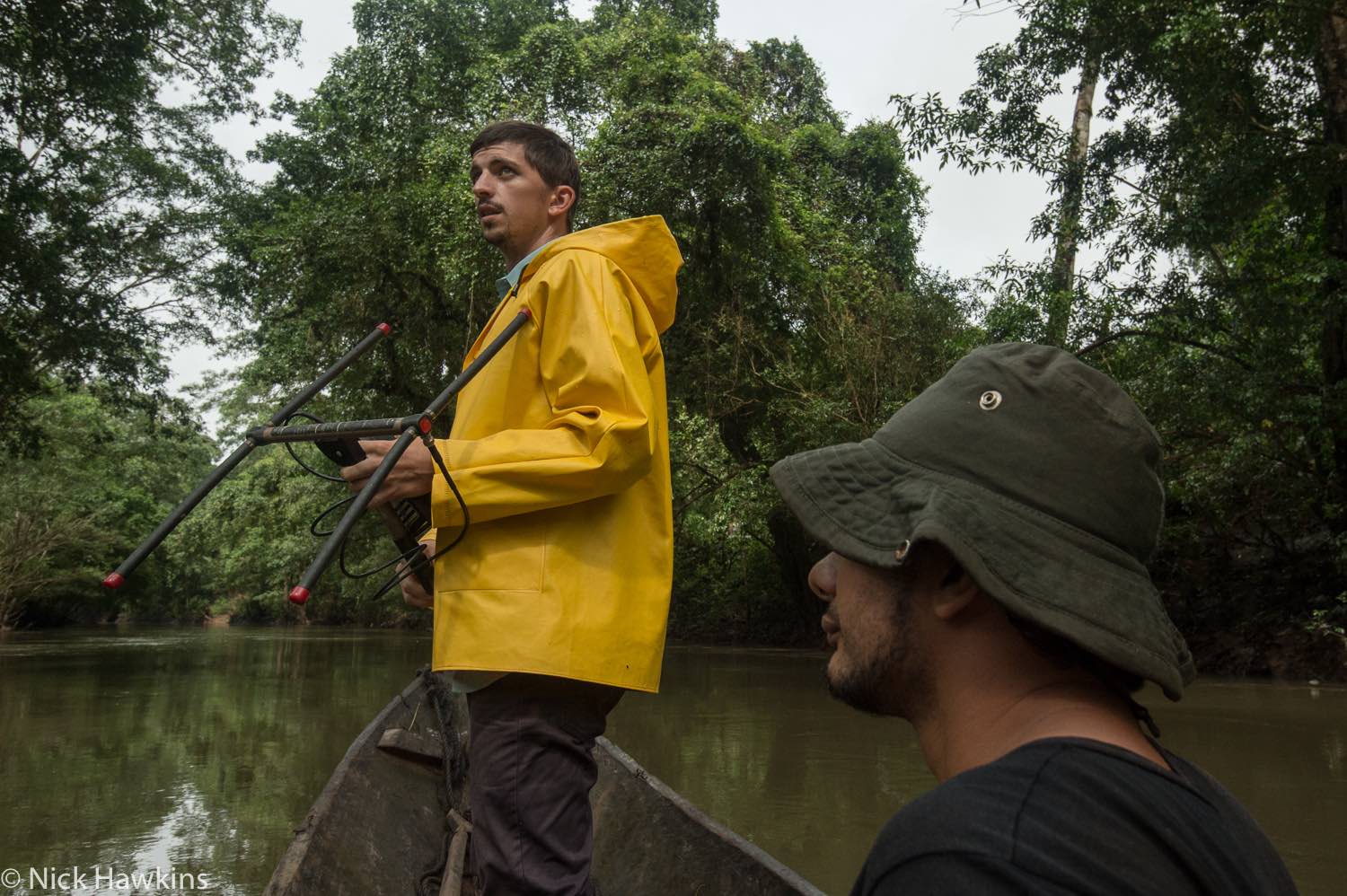 In 2015, GWC worked with the Rama and Kriol populations of the Indio-Maíz Biological Reserve to design and implement the indigenous forest ranger program that has helped them build their capacity to collect this kind of rigorous, actionable information on threats to their forested lands. GWC and partners have built off of this foundation by helping the rangers use the data to develop and implement strategies to defend their ancestral and legally titled forest, including filing formal complaints with the central government, installing conservation signage in key locations where colonists access the reserve, and developing strong communications strategies to inform Nicaragua civil society about the invasion of Indio Maíz.

As a part of GWC’s efforts to build awareness, with the help of local partner Fundación del Río and the Rama and Kriol people, we held conservation festivals in cattle ranching communities along the border of the reserve. During the three festivals held in 2016, indigenous ambassadors engaged in a dialogue with more than 800 ranchers and farmers about how the environmental destruction affects their communities and their culture, and the various environmental and indigenous laws that prohibit the invasion of Indio Maíz. 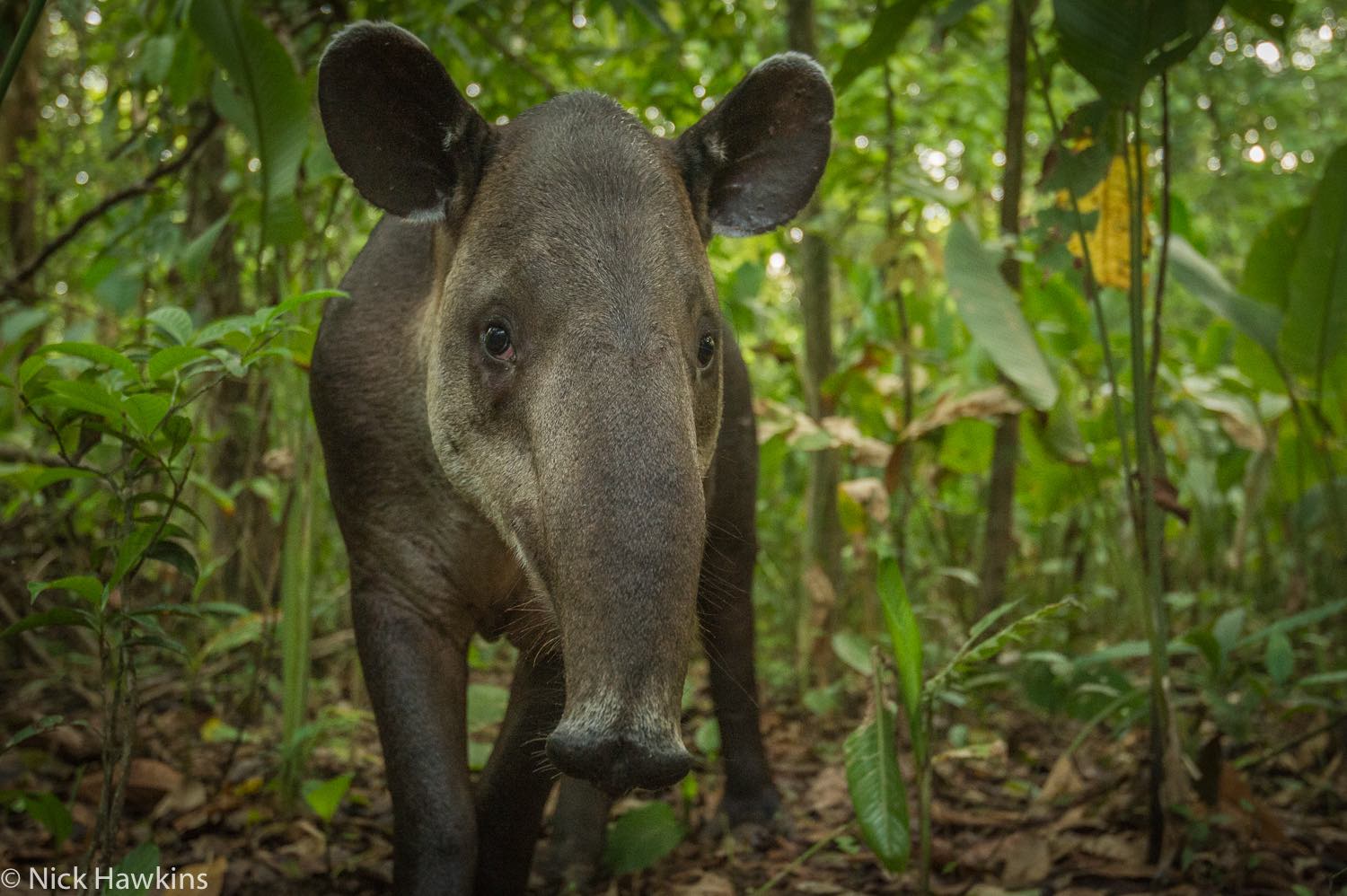 A female Baird's tapir in in Corcovado National Park on the Osa Peninsula of Costa Rica.

The Rama and Kriol are also working with GWC and local conservation organizations on species research and conservation efforts to boost local-level protection for globally endangered species, including jaguars, white-lipped peccaries and a project focused on the largest terrestrial mammal in the Americas, the Baird’s tapir.

“I feel downhearted because man is destroying the jungle. Destroying God’s creation, only to make lots of money,” said Territorial Forest Ranger Margarito Mcre. “I beg them [the central government] to help. Don’t think about the money. Think about the bush. Think about the future. Because today you have money, tomorrow you don’t have money. Most important is the jungle.”

Ultimately, systematic government inaction is helping to drive the conversion of Nicaragua’s primary forests to cattle pasture. In honor of the U.N.-established World Habitat Day, which helps remind people they are responsible for the habitat, including protected areas, that future generations will depend on, GWC calls on the Nicaraguan government to increase its efforts to help defend the culture and autonomy of the Rama and Kriol people, while preserving the country’s beautiful natural biodiversity—one of the planet’s most valuable treasures—before it’s too late.

Global Wildlife Conservation protects endangered species and habitats through science-based field action. GWC envisions a world with diverse and abundant wildlife and is dedicated to ensuring that the species on the verge of extinction are not lost. The global organization brings together scientists, conservationists, policymakers and industry leaders to ensure a truly collaborative approach to species conservation. Learn more at www.globalwildlife.org 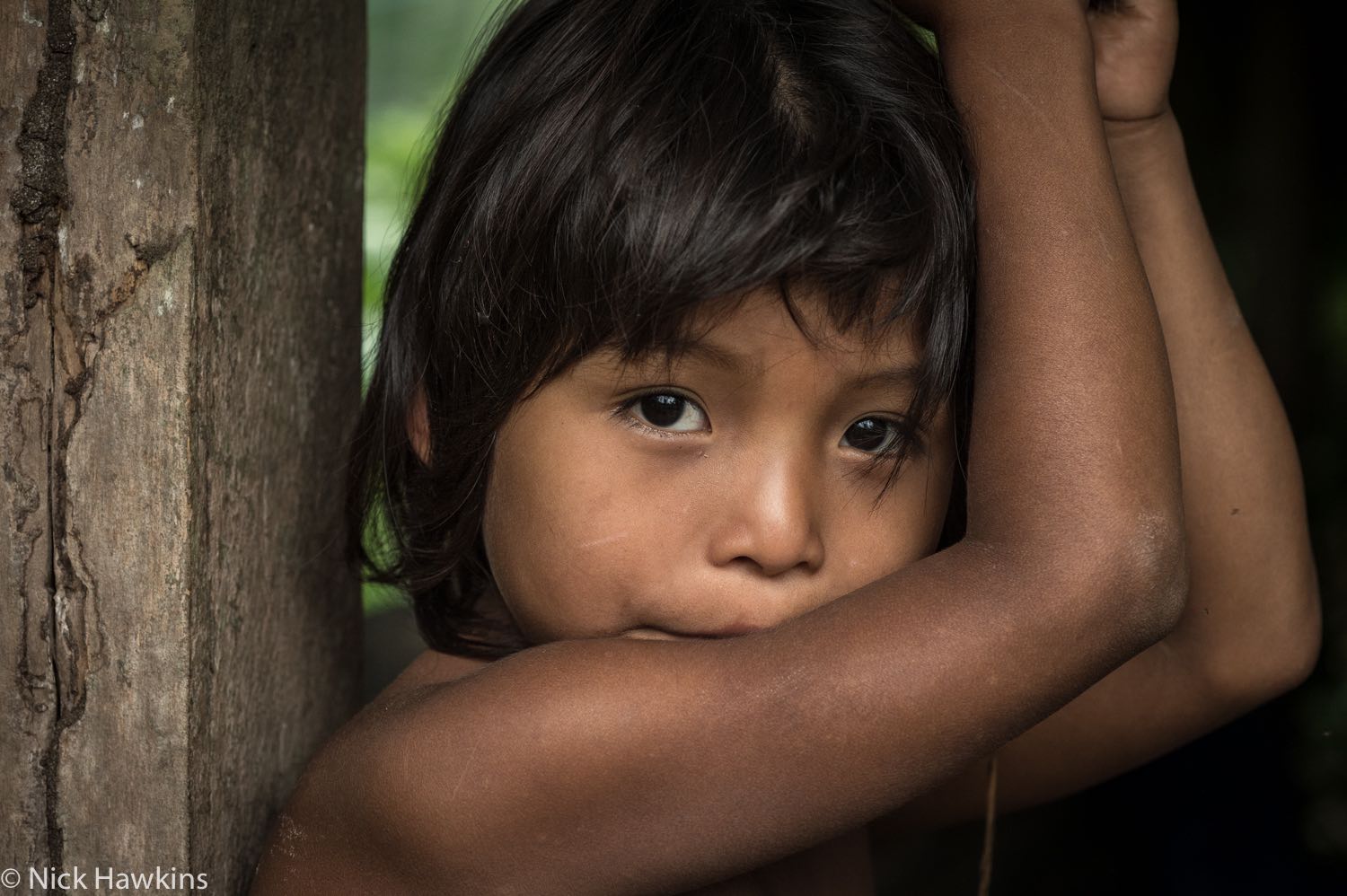 A young Rama boy in his home along the Indian river in the Indio-Maiz Biological Reserve of Nicaragua.